The new year is upon us and just when you contemplated munching on some healthy food Krispy Kreme Tiramisu and Chocolate Orange have hit stores and scuppered all plans for today. We have had quite the array of doughnuts from Krispy Kreme ranging from the Bonfire Treats, Vintage and Christmas and it is only right that we have some newbies to see us through January.

Now I had these treats yesterday however felt utterly terrible that I spent the afternoon napping and the very thought of even moving off the sofa was too much to handle. Nonetheless today is a new day!

Alongside bringing back the Billionaire and Cruller, Krispy Kreme have released two new flavours, Tiramisu and Chocolate Orange. One of my major criticisms of the Christmas doughnuts was their lack of Christmas flavours so why we have chocolate orange here and not during the festive period I do not know. 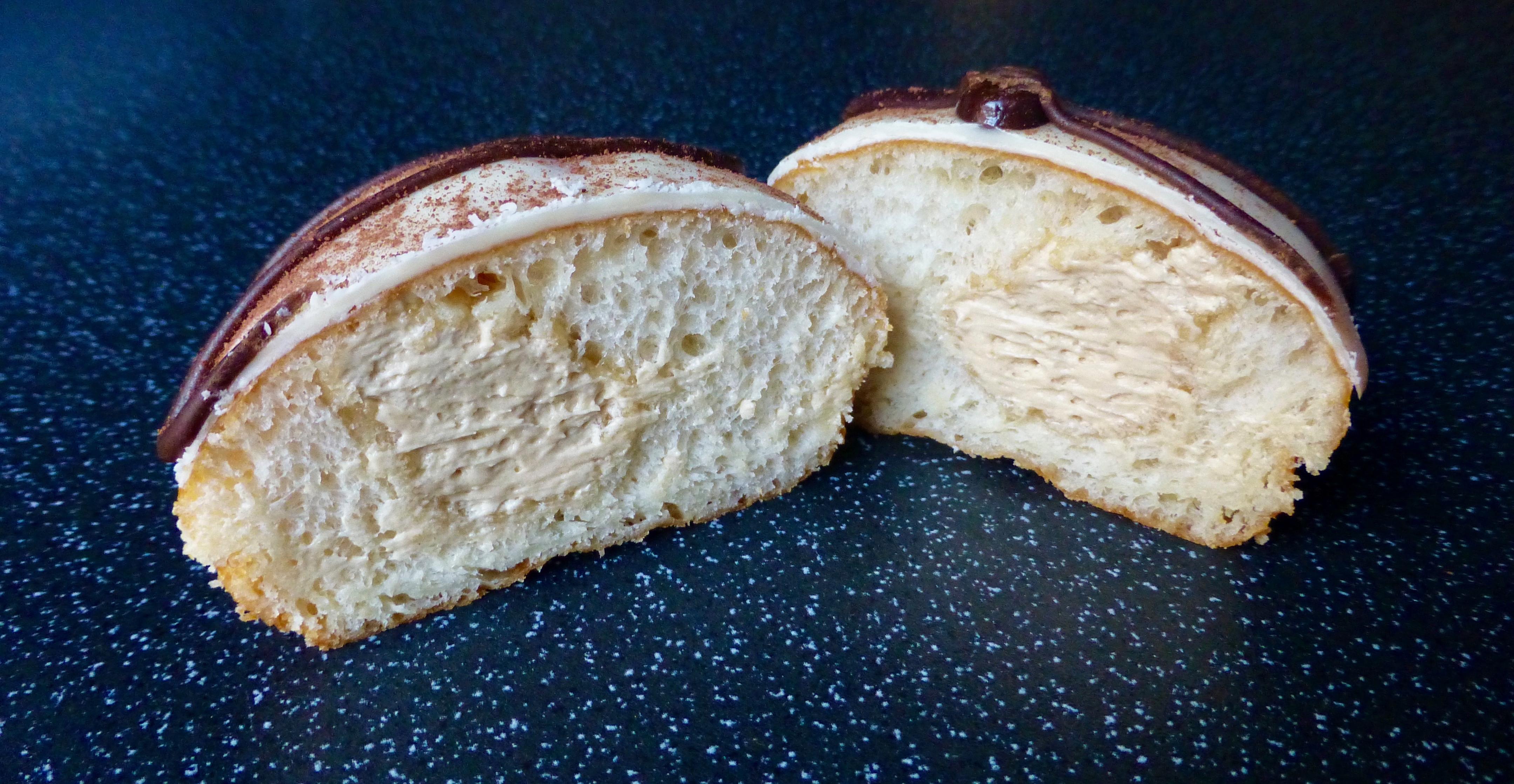 First up Mr Tiramisu. Not being a coffee fanatic this one was down to the Daddio and he informed me of such. The doughnut itself was the signature springy and light dough that we crave from a Krispy Kreme. The filling was plentiful and was a smooth creamy, yet intense coffee taste that held it’s head high throughout the munching of said doughnut. Although it tasted of coffee, it was at the end of the day just coffee and had no real connotations of tiramisu, which let it down.

Next up the ever so sparkly chocolate orange. First and foremost the sparkles excited me greatly and further affirms the need for everything to be sparkly. As expected the dough was pretty much perfection and the glaze itself was exceptionally sticky and glue like, which was a little annoying when it came to eating. As you can see the filling again was plentiful and had a real coco and orange taste. It wasn’t as fresh as I had hoped and instead reminded me of the Orange Creme from a Quality Street box but cheaper quality.

Well the Krispy Kreme Tiramisu and Chocolate Orange doughnuts aren’t knockout amazing but they aren’t terrible. If you are a coffee lover then you will love the Tiramisu one. The chocolate orange was okay just didn’t have that quality in flavour that one would have expected, but appearance wise I loved it.