Never did I think there would be so many varieties of Snickers, you have Classic, Almond, Hazelnut, Dark, Peanut Butter and Mini to name a few. Snickers have now taken it one step further with Snickers Xtreme.

Apparently the name of this bar was voted for by Snickers fans however if like me you are a little perplexed as to what makes it Xtreme let me tell you. Unlike a classic Snickers which consists of nougat topped with caramel & peanuts, coated in milk chocolate, this Xtreme bar has chucked away the nougat to make more room for peanuts and caramel. I am not sure how I feel about no nougat so the obvious choice is to give it a whirl.

This is of course an American import and one I bought from American Fizz for £1.79. For a king size version I didn’t think the price was all that bad for an import. This bar is suitable for vegetarians and is gluten free, but they cannot rule out any traces of gluten. 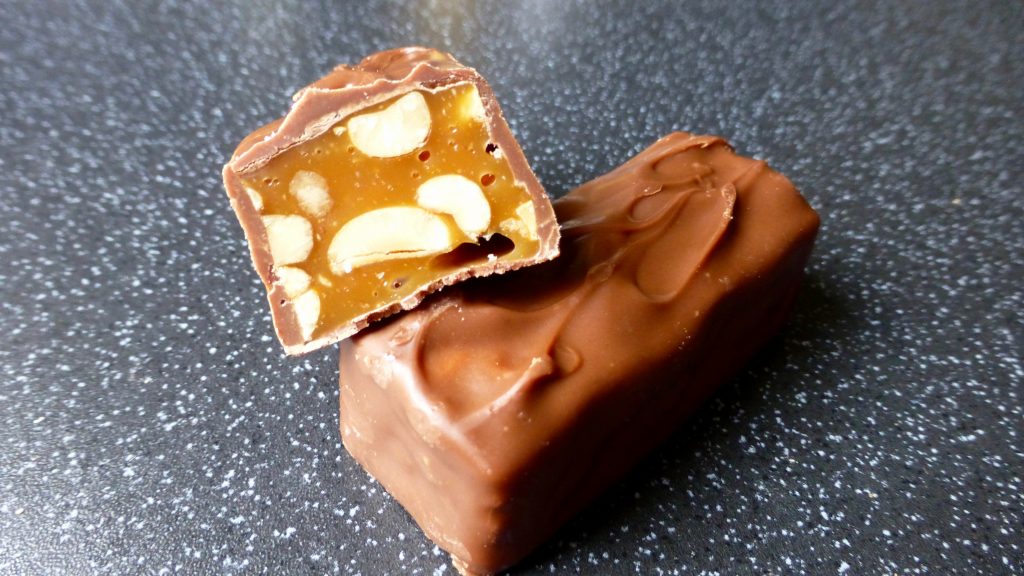 Cutting open revealed a gloriously inviting golden caramel and chunky peanuts. Despite the rather thin coating of milk chocolate, the chocolate flavour did come through and as with pretty much every American chocolate, it was slightly sweeter in taste than we are used to. The chunkier peanut gave that well needed texture to cut through all that caramel but the peanutty taste seemed to lack in comparison to a standard Snickers. The caramel was thick, chewy and had a nice flavour to it but was a tad bit hard going on the teeth and didn’t have much caramel flavour to it, which is odd given how much is jammed in there.

As a whole the Snickers Xtreme is alright but it really doesn’t hit the mark. The peanut flavour is lacking, the caramel is a bit boring, and all it is screaming out for is that nougat they foolishly took out. To me this cannot be called a Snickers without the nougat. Although it looks inviting, looks can be deceiving so it’s a no from me.