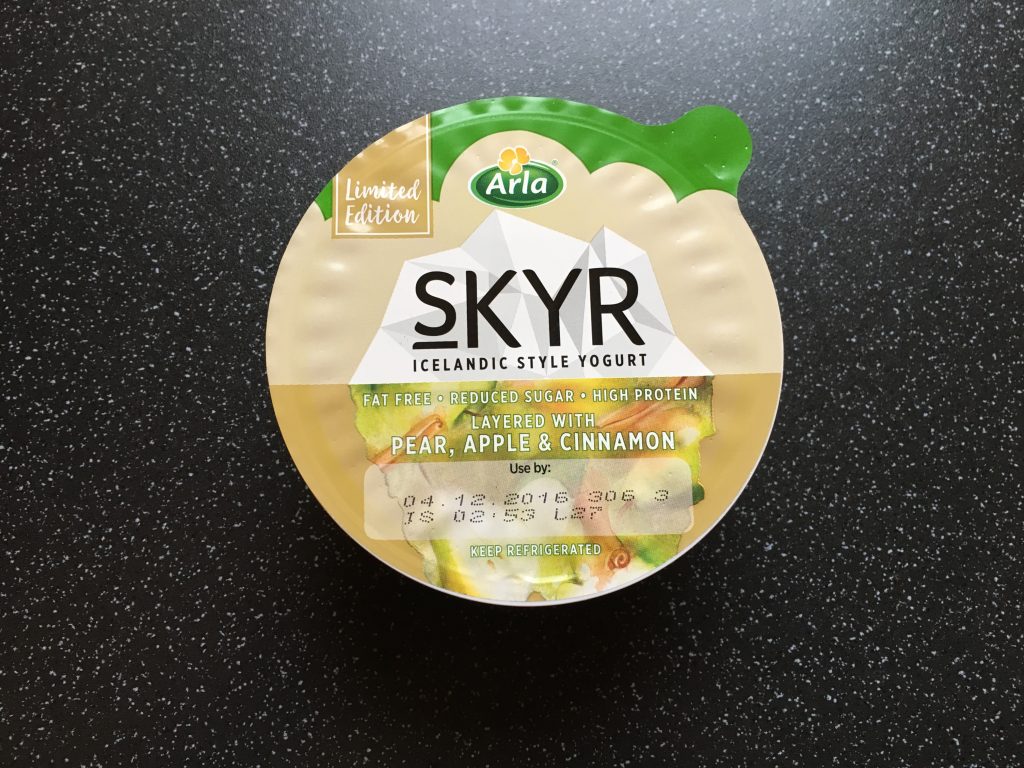 I have been on the hunt for the new Arla Skyr Pear Apple and Cinnamon yoghurt ever since it was announced. For those regular readers you may recall that I reviewed three of the Arla Skyr yoghurts a little while back, and was mighty impressed by them, so I am hoping for great things here.

This 150g pot was on offer for 60p at Tesco. If you haven’t heard of Skyr then these are reduced sugar, high protein yoghurts that are also suitable for vegetarians. This new flavour pot is strictly limited edition for the autumn period and with the apple and cinnamon elements it certainly feels autumnal. 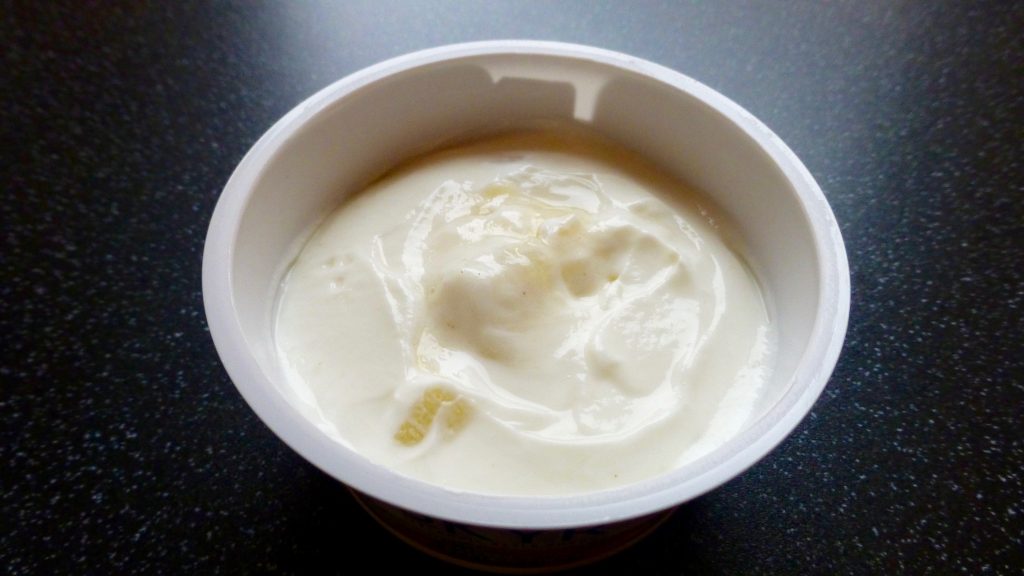 I was expecting to find a layer of pear and apple filling at the bottom of the yoghurt but instead was met with chunks of fruit throughout. I don’t particularly like chunks of fruit in yoghurts, especially when they have some bite to it as it does give it a bizarre texture, which was evident here. Where Skyr trumps other fat free yoghurts is the thickness which lends itself to a creamy nature. The flavour however wasn’t particularly there. I was expecting a warming cinnamon and fruit flavour, much like the innards of a good apple pie, but this was pretty lack lustre and just had a natural yoghurt taste to it with a hint of apple every now and again.

Despite hoping for greatness, this new Skyr Pear Apple and Cinnamon Yoghurt just wasn’t up to scratch. What would have made this a gazillion times better would have been to have a layer of stewed pear, apple and cinnamon underneath the yoghurt, the chopped chunks just doesn’t allow the flavour to come through.