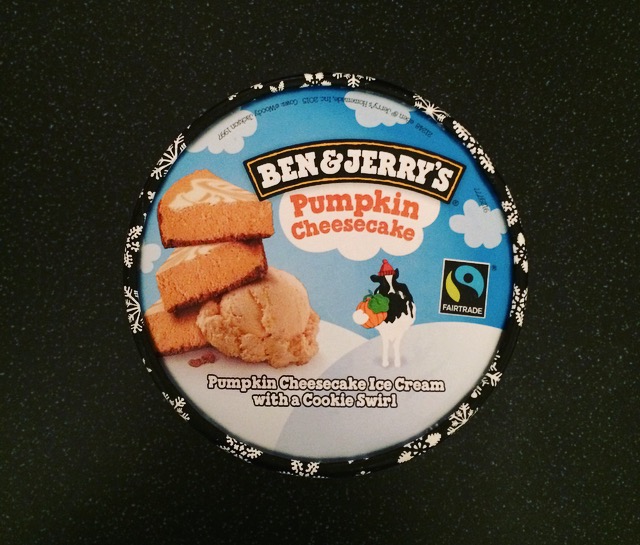 First off we had the Krispy Kreme Cheesecake Doughnuts and now it has migrated over to the world of ice cream. Ben & Jerry’s have concocted the Ben & Jerry’s Pumpkin Cheesecake ice cream with a cookie swirl, which sounds positively delicious. Pumpkin seems to be quite an unknown entity in the way of flavourings for the UK, so it is interesting to see they have shared this from across the pond to tie in with Halloween. I do however like that they haven’t just gone for your bog standard and spookified a raspberry or vanilla cheesecake. 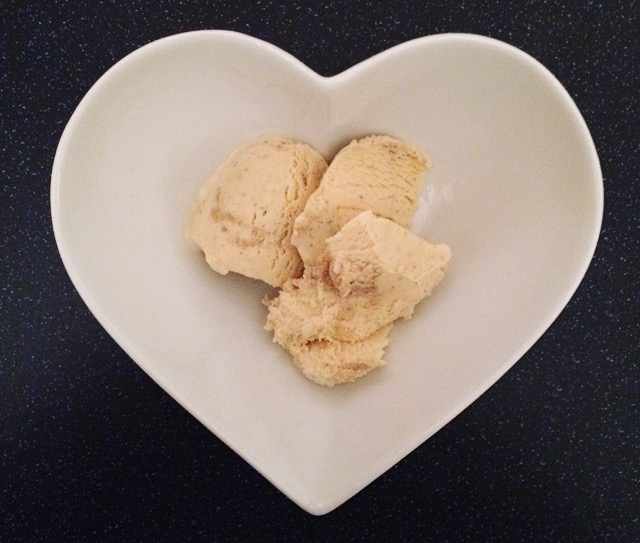 Onto the tasting. As ever the tub is rock hard and needed a good 10 minutes to soften before you can attempt to scoop; not helpful for those who like me are impatient when it comes to ice cream. The ice cream was exactly how Ben & Jerry’s should be, creamy, silky and indulgent. The addition of cream cheese means the texture is slightly lighter giving it that cheesecake feel. The spiced pumpkin was exactly that. The dominant flavour was certainly cinnamon which I found overpowering and a tad odd in an ice cream. The cookie swirl was truly scrummy, but then who doesn’t love chunks and swirls of cookie? It’s a shame there just wasn’t more of it.

The jury is out on this one. I like the concept but an abundance of cinnamon, clove and ginger in my ice cream I’m just not sure about. Pop it in my apple crumble and my doughy swirls, yes, but ice cream is just a step too far. It’s not a tub I would buy again but it isn’t one I’d throw away either. Nice try Ben & Jerry’s, it’s just not for me.