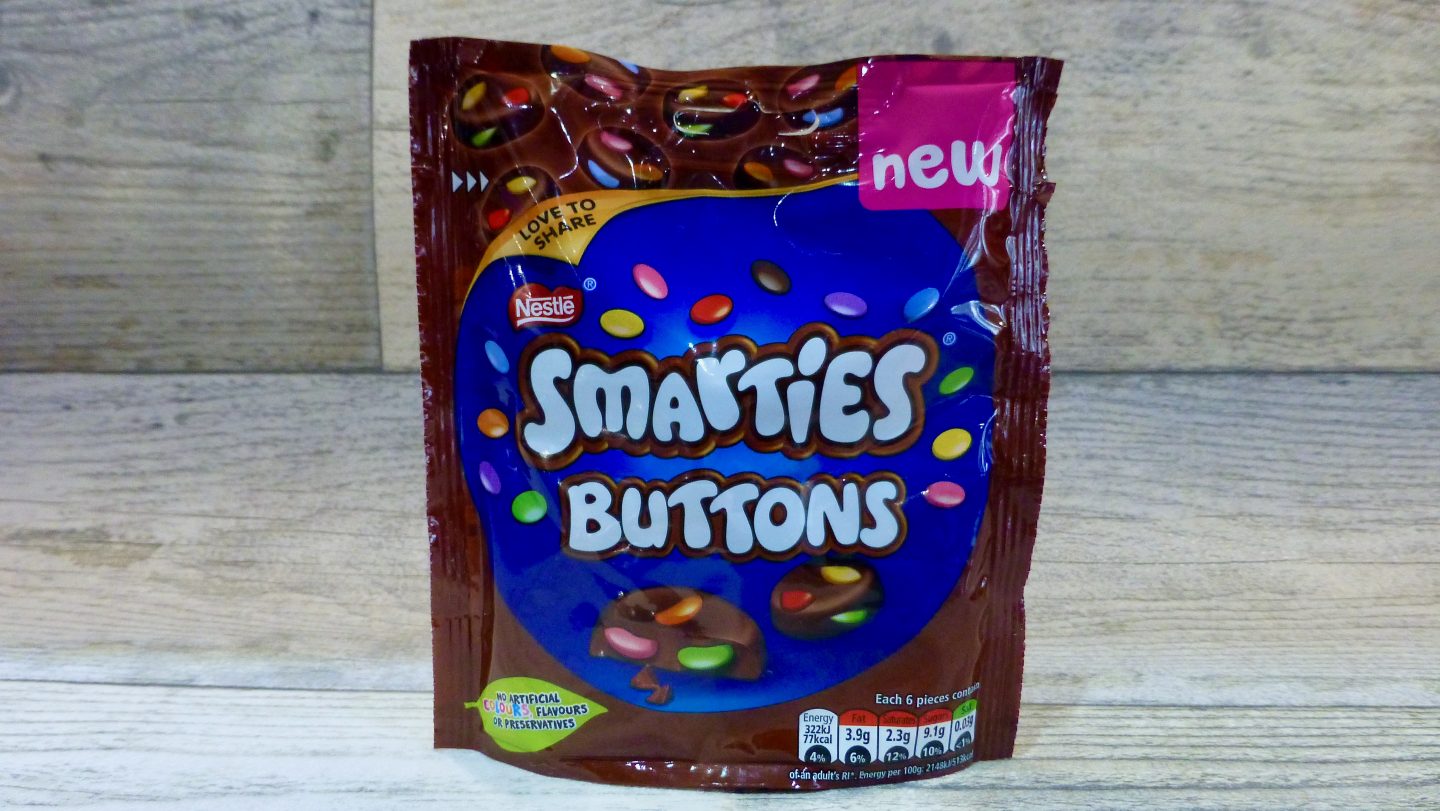 Did you know Smarties have been in the making since 1937? 83 years is a long old time, and 2020 is the year that they have had a little shake up and they now come in button form. As well as Milk Chocolate Smarties Buttons, they also come in white and orange flavoured chocolate.

There are 2 sizes – single and sharing (which is optional). I am not too sure why the sharing bag weights differ between flavours. The milk chocolate gives you 90g in comparison to 85g with the other two. All three are slowly hitting supermarkets, and I found these in Tesco. If Orange Smarties Buttons is what you want then they are currently exclusive to Asda. 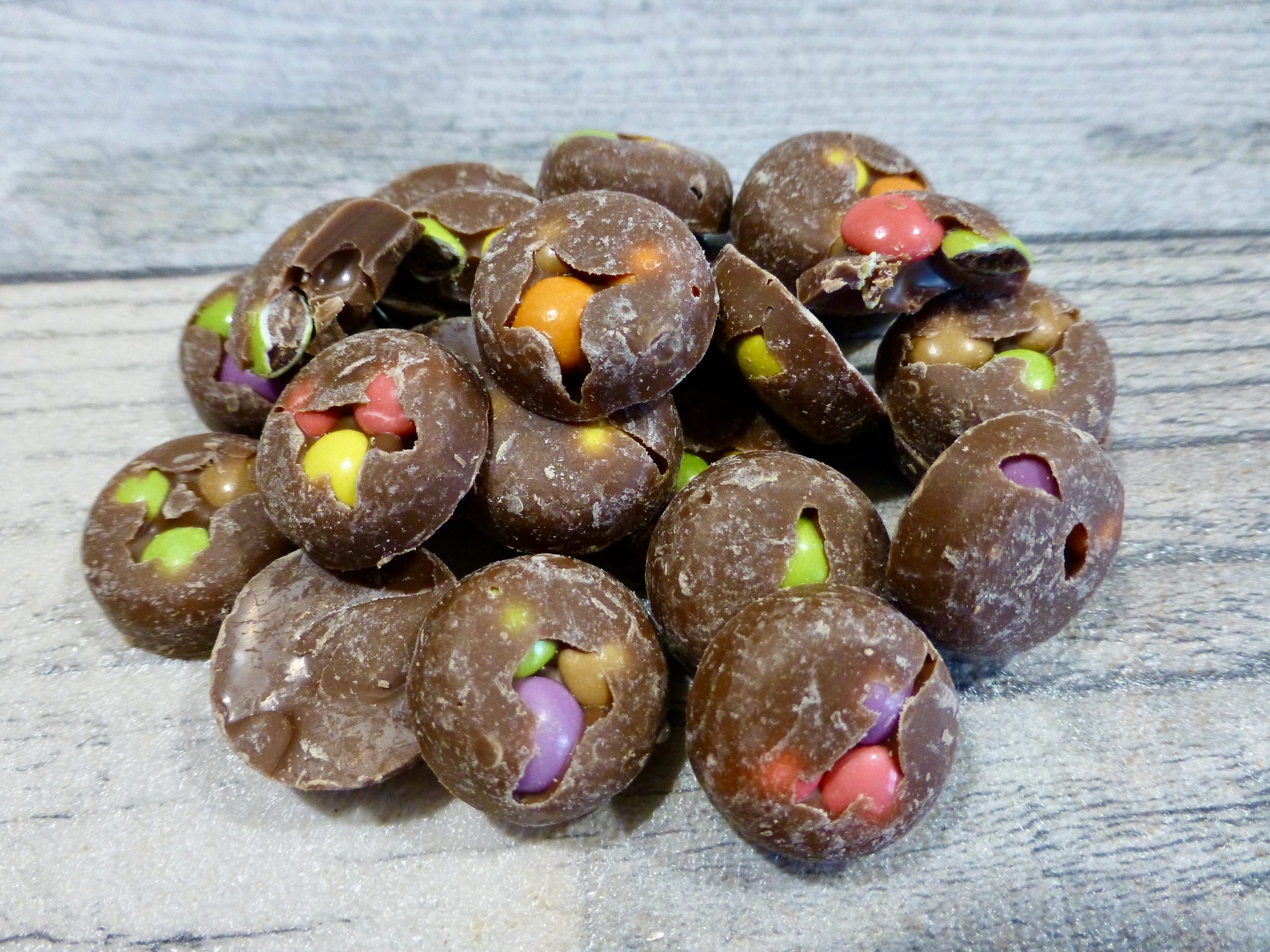 To say I was not expecting great things would hit the nail on the head. Nestlé milk chocolate doesn’t exactly have the greatest of track records, and generally comes in tasting a bit cheap. To my surprise they weren’t as bad as I had envisaged, and I think that is largely to do with the addition of the Smarties. On average there are 3 mini smarties in each button and although mini in comparison to the thick chocolate enrobing it, the crunch factor still came through. The chocolate itself doesn’t have that much taste to it, and the classic Smarties flavour was a bit lost, particularly if only 1 or 2 Smarties were in there.

On the whole I am surprised by these Milk Chocolate Smarties Buttons. I wouldn’t say they are as indulgent as you would like them to be, and they’re missing some creaminess and flavour. If you have the choice I would go for one of the other two flavours on offer and stick to a tube of Smarties if you want just milk chocolate!

What do you think of the new addition to the Smarties family?

Keep on the lookout for Part 2 with the White Chocolate Smarties Buttons.