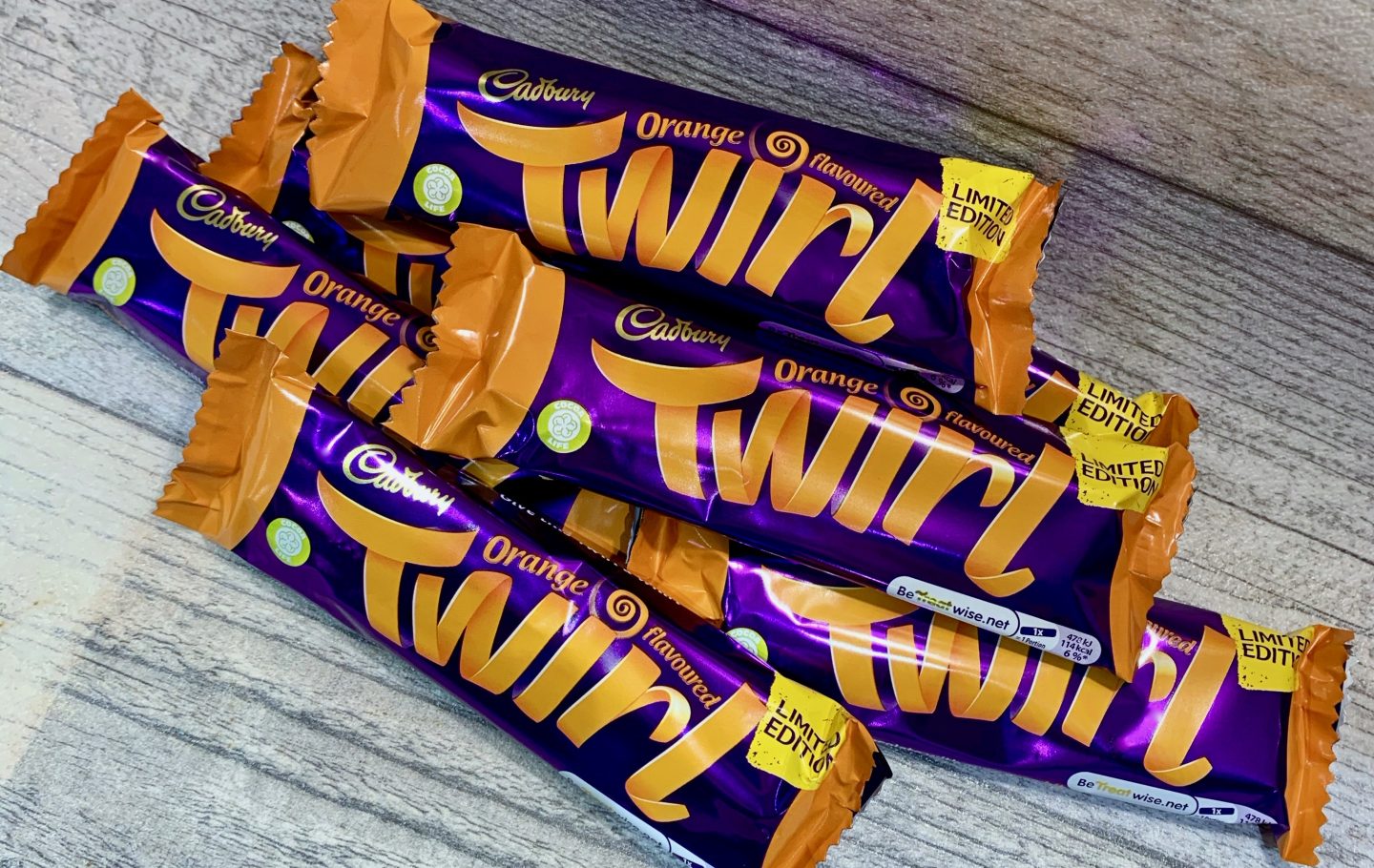 Stop what you are doing the Cadbury Orange Twirl is not a myth! It has been some mission including friend’s, family and my fabulous work colleagues, and we were all thinking that this was some kind of Cadbury game plan! However after searching for well over a week, which included so many shops we lost count, the hunt is finally over.

I cannot deny I bought A LOT of them. They were released on the 23rd September in selected stores across the country. The nation has struggled to find them, and Cadbury’s have since released that they will also be available in Co-op, Morrisons and Spar nationwide from next week.

These beauties were on the shelves of Co-Op and it was a relatively small one so I would get checking your local one too. They are 75p each, or 2 for £1. 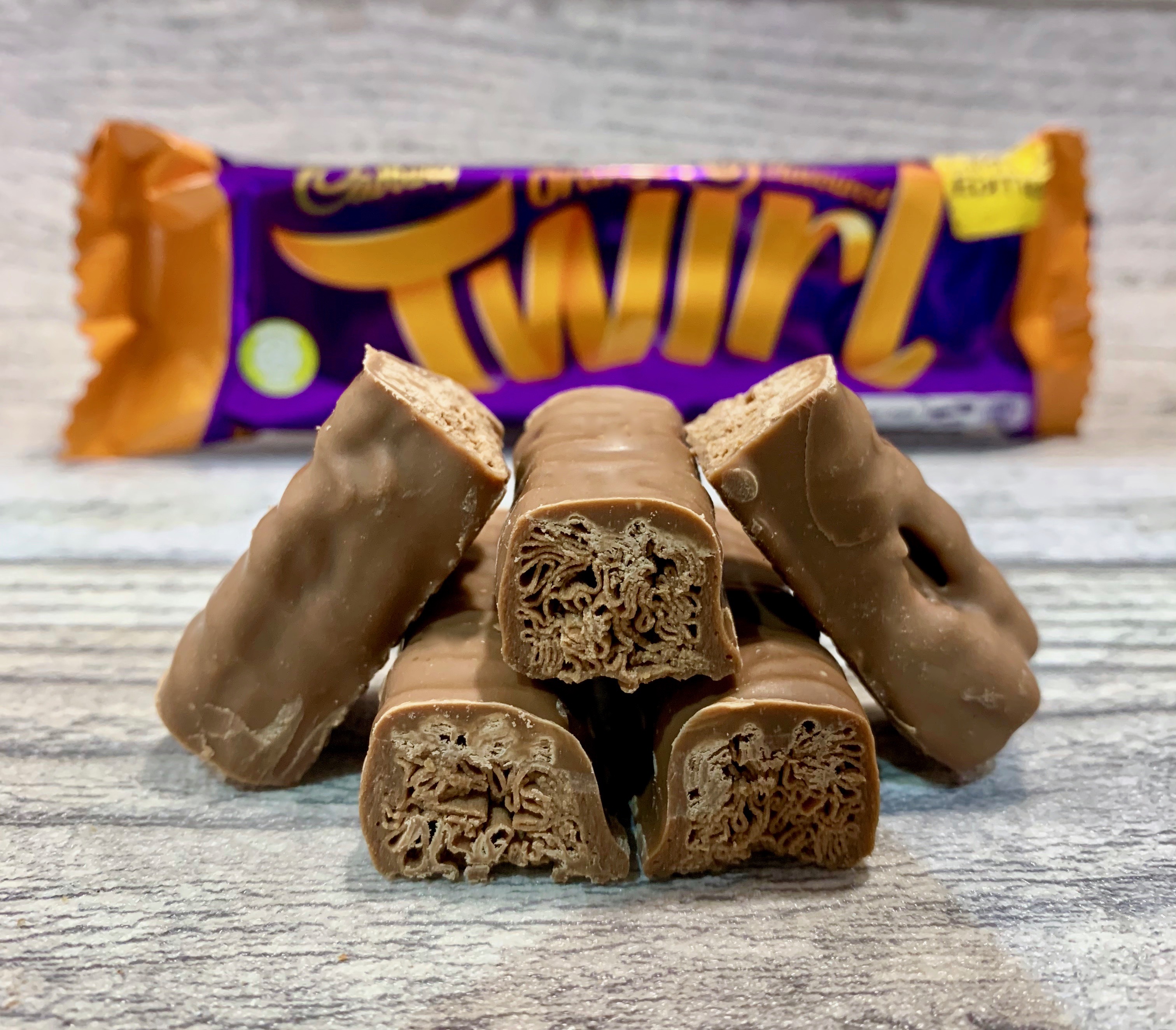 If you hadn’t guessed everything is the same as a standard Twirl, except some great person had the genius idea to give us chocolate orange (give them a promotion right now)! The snap is there, the iconic ribbony twirl is in the middle, and the smell of orange upon opening the packet was enticing. I do find Twirls generally melt in the mouth much better than other Cadbury bars, and this was exactly the same. You are hard pushed to get a better combination than chocolate orange, and here the flavour was joyful and perfect.

The Cadbury Orange Twirl is literally everything you could wish for, and so much more. It is not often expectations are met, or even exceeded, but here they are. Frankly these are amazing and you need one! Dare I say they are better than a Terry’s Chocolate Orange ….

Cadbury hasn’t given an official timeline on how long these are going to be around, and all I can say is go and get them quick, and stock up!! I know I will be!

Have you managed to get your hands on the Cadbury Orange Twirl yet? Let me know what you think of them!

END_OF_DOCUMENT_TOKEN_TO_BE_REPLACED

Eating Out at The …