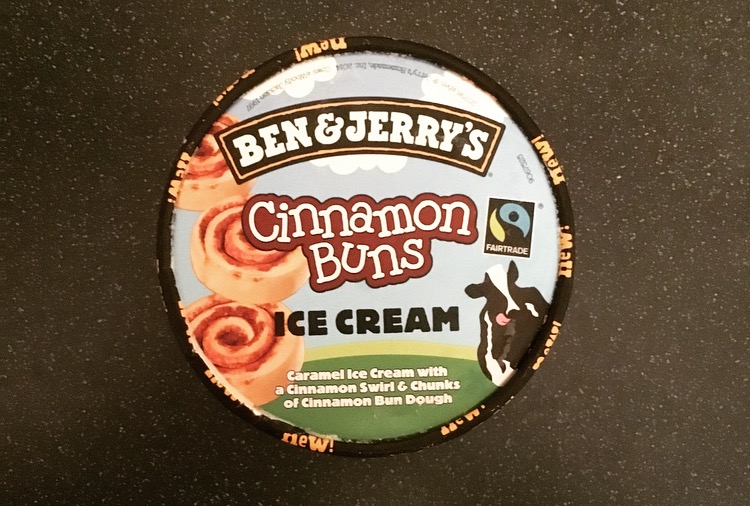 Today is a Birthday post – Happy Birthday to Me!

What better way was there to start my Birthday weekend, it is never just a one day affair for me, than to find the elusive Ben & Jerry’s Cinnamon Buns Ice Cream. I was almost at the verge of giving up when I spied this tub in Morrisons, at which I did do a little happy dance with jazz hands.

Cinnamon Buns when done right are just glorious doughy delights that are oh so moreish. I have been eager to try this one from the very moment of hearing of the 2 new Ben & Jerry’s flavours. You will recall my review of the Ben & Jerry’s Pumpkin Cheesecake here, where I was left questioning whether I liked it or not. Nonetheless I had high hopes for their take on Cinnamon Buns. 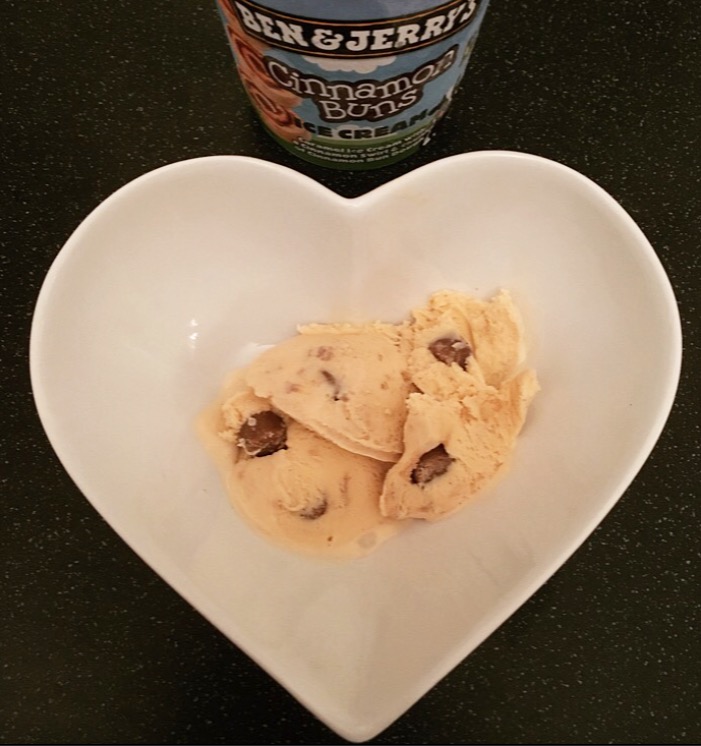 I was pleasantly surprised that this tub did not need a good 10 minutes to soften, and I could literally just scoop it out of the tub. The Cinnamon Streusel Swirl was visually evident and the caramel ice cream had Cinnamon Bun Dough pieces loaded throughout. Onto the tasting … Oh my god, one spoonful and I have entered Cinnamon Bun Ice Cream heaven! My fear was that like the Pumpkin Cheesecake, the cinnamon spice would be far to overpowering, but oh no this tub was spot on perfection. I wouldn’t say the ice cream tasted of caramel but nonetheless it was, as expected, creamy and indulgent. Resembling ‘Cookie Dough pieces’ but even better, the Cinnamon Bun pieces are like little nuggets of chewy yumminess, and the streusel swirl gives you that smooth intense hit of cinnamon. Ben & Jerry’s I salute you. This is Cinnamon Bun in ice cream form. If you love cinnamon and cinnamon buns then this is an absolute must try.  Go forth and try it, you will not regret it.

All I’m left to say is Ben & Jerry’s Cinnamon Bun Ice Cream, where have you been all my life?