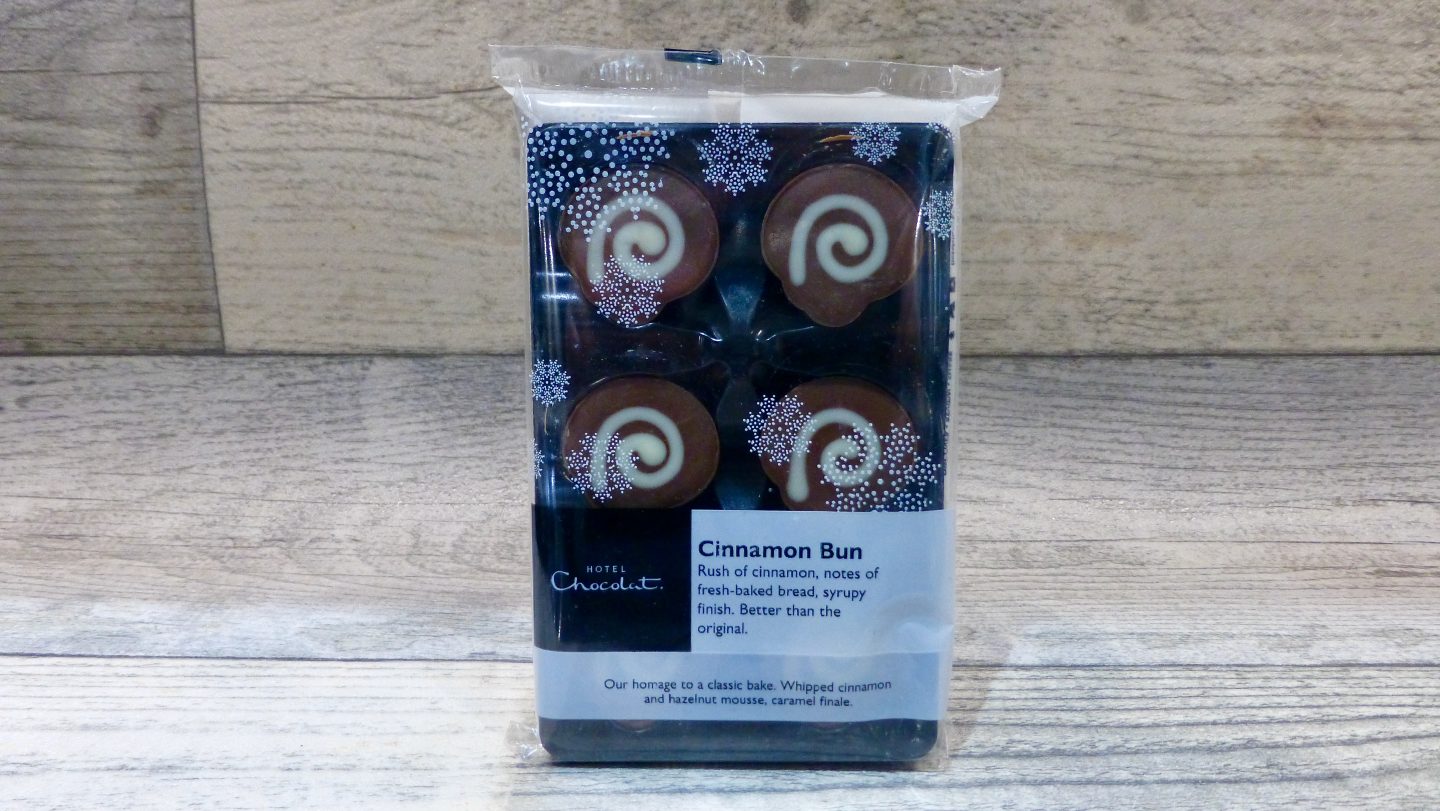 It’s snowing Christmas in Hotel Chocolat. Amongst the chocolate boxes, hampers, jolly penguins and snowmen, there’s also the Hotel Chocolat Cinnamon Buns Selector. This isn’t actually a newbie, but is one that has been around before, and is back once more.

Last year I tried the Treacle Tart Selectors, which were nice but dubious you could actually tell what they were in a blind taste test. This year I am hoping the Cinnamon Bun can do a little better.

If you aren’t familiar the Selector’s come in at £3.95 a pop or 3 for £10. They are suitable for vegetarians and free from artificial colours and flavourings. The selectors, particularly the ones that are more cup like, are always so deep and chunky. They’re the ones I prefer more than just the flatter square ones. Room for more filling and all. 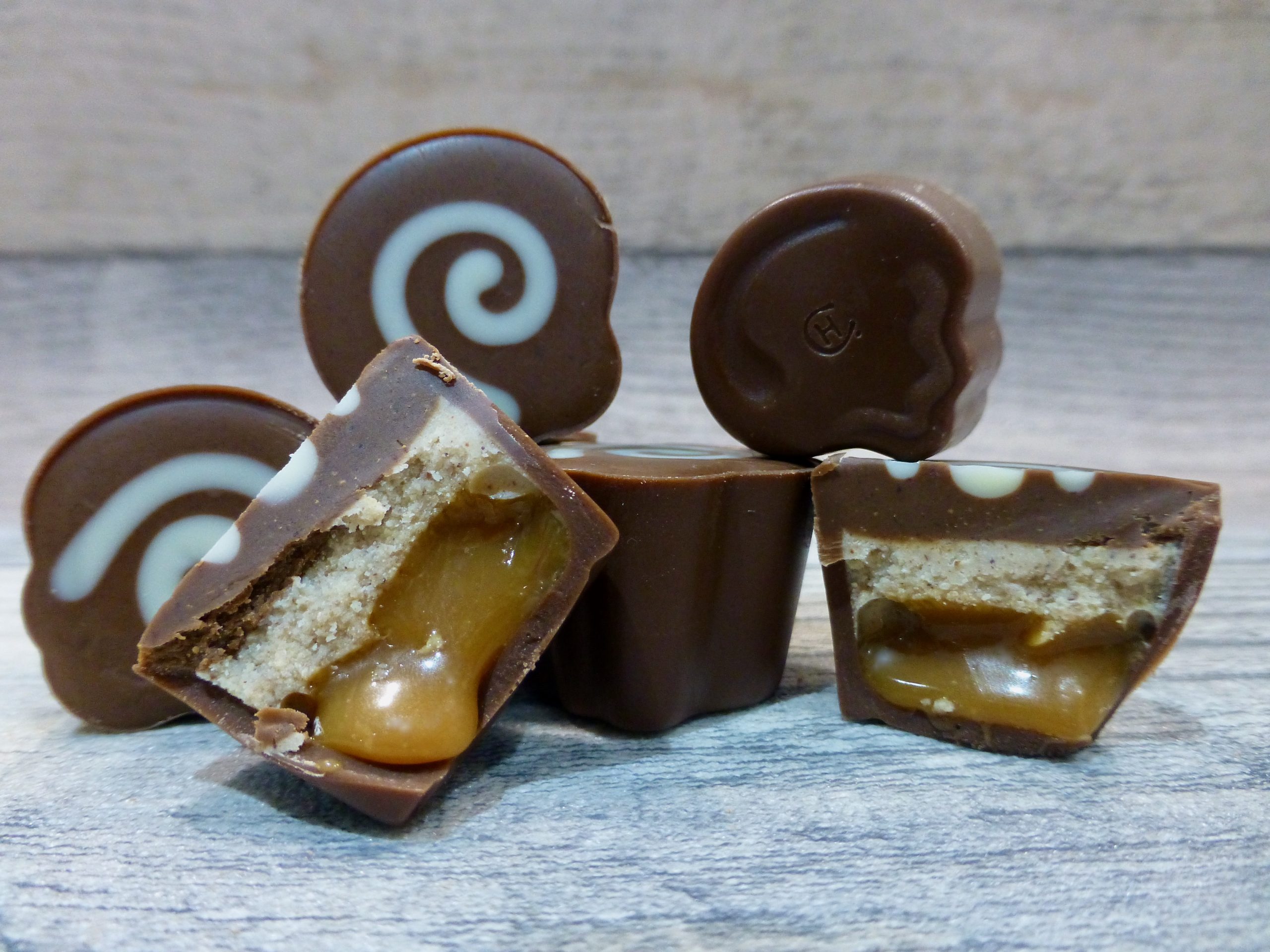 ‘Our homage to a classic bake. Whipped cinnamon and hazelnut mousse, caramel finale’

What a chocolate of pure joy. Thick milky and creamy chocolate, soft buttery caramel, a generous biscuit layer, and a helping of warming cinnamon. This absolutely delivers. The amount of cinnamon spices is bang on and comes in ever so gently, and keeps on giving to the very end. According to the description there is a hazelnut paste/mousse in there. It isn’t something that I could detect, however probably for the best because I don’t think it would go.