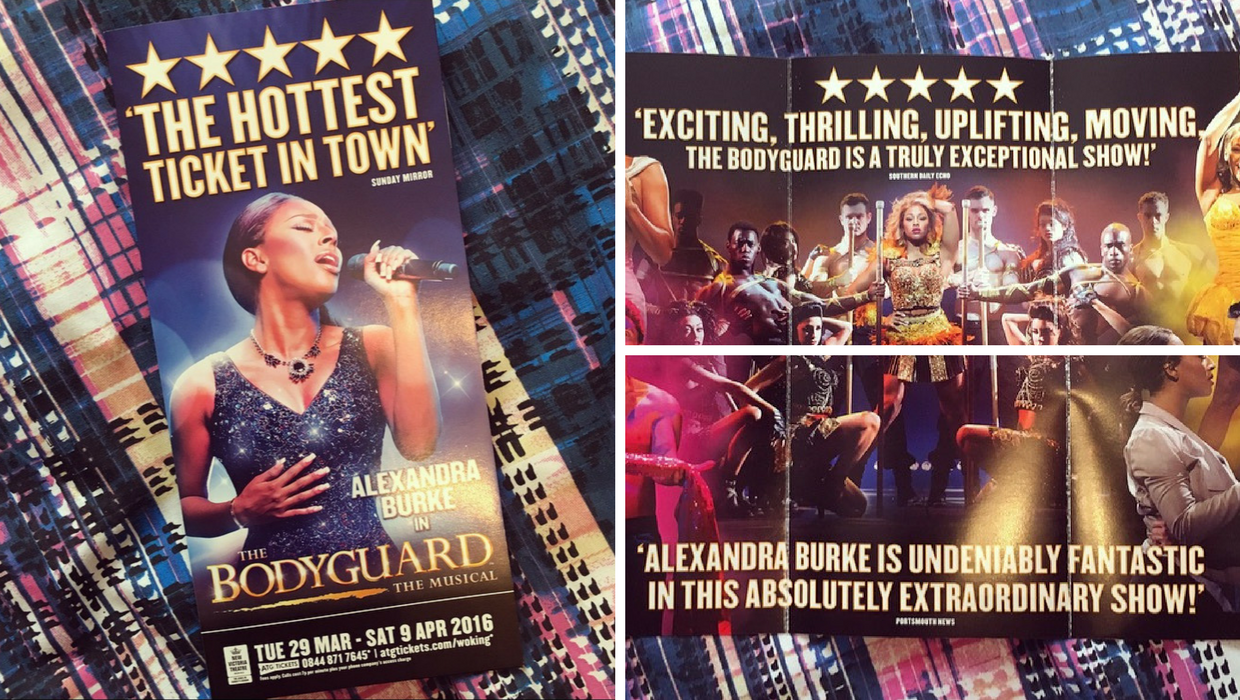 The Bodyguard Musical has come to Woking and I for one have been so blooming excited to see it that Monday night was finally the night that I got to go! YAY. The stint has ended in London and this romantic thriller has been travelling around the Country and will be back again in London come July. 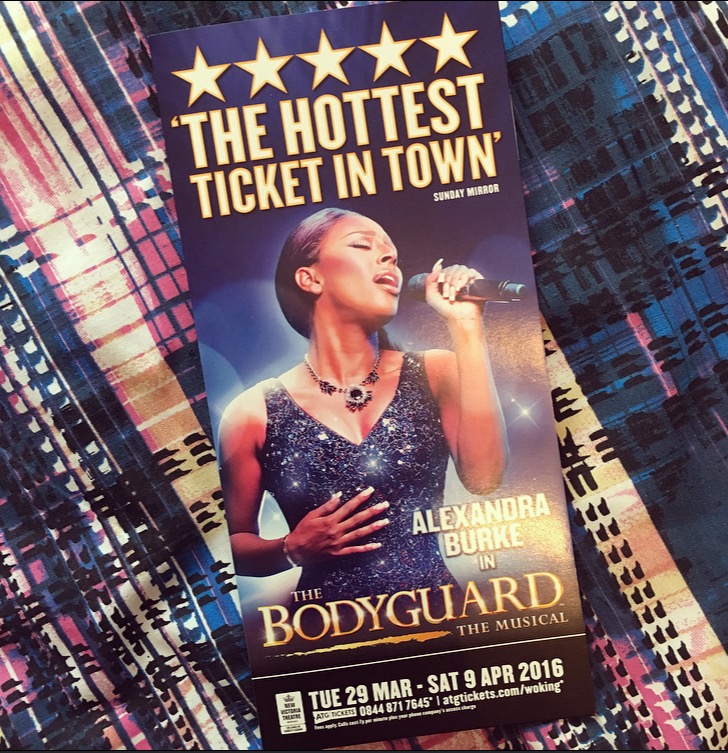 The Bodyguard really is one of my favourite films, I will go as far as to say Top 3 (don’t judge me). For those of you who have not seen it, crikey I have no idea how you haven’t … the plot is very easy to follow. Frank Farmer is a former Secret Service Agent hired to protect the Diva that is Rachel Marron from an unknown stalker. There are power struggles and diva behaviour, there’s love and there are big Whitney Houstan Hits! It’s quite the combination.

The show started with an loudest bang ever and literally scared the living beejeebies out of the whole audience and certainly set the tone for the whole evening. Alexandra Burke plays the leading lady Rachel Marron and had pretty big shoes to fill. Filled with both feature songs from the film and Whitney Classics Alexandra did a fantastic job at portraying Whitney without making it into some corny tribute impersonation act. No-one will ever have the powerful voice that Whitney had but boy did Alexandra give it her best shot, you could literally hear a pin drop when she belted out ‘One Moment in Time’, ‘I Have Nothing’ and of course the iconic and a well deserved standing ovation for ‘I Will Always Love You’. Moving over to Frank Framer, the rather hunky delight of a Bodyguard (I wouldn’t say no to him being my Bodyguard), he had all the wit and charm and thankfully some sizzling chemistry with Alexandra, there is nothing worse than a love story that isn’t convincing. 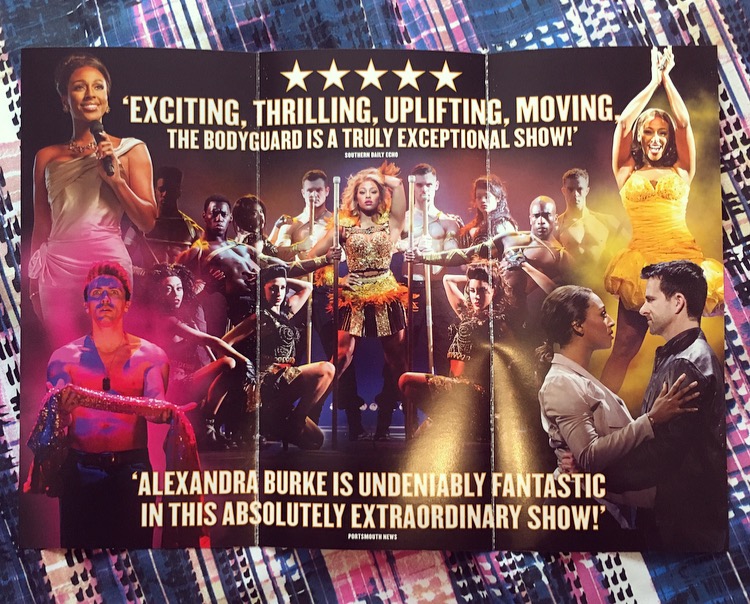 The first act is very much setting the scene, getting to know the characters and putting the audience on edge. Alongside Alexandra was her jealous younger sister Nikki Marron played by Rachel John, who at times stole the show with both her solo and duet performances. Not only was the psychopath pretty much topless in every appearance, I don’t quite recall this in the film but I am certainly not complaining, he played it incredibly well, scared everyone without saying a single word, looked slightly psychopathic, and was even booed at the end as if we were in a pantomime.

The second act saw more action packed drama, a main character death, some slow motion antics and of course the iconic ‘He’s my Bodyguard’ moment. There were more show stopping numbers which is a test of ones will power when you are trying so hard not to burst into song and sing a long at the top of your voice. But fear not they must have been hearing our prayers because at the very end, yes you guessed it, you get to shake your tail feather and sing along, I challenge anyone to not join in, it is seriously impossible!

Although they couldn’t exactly recreate the jumping off the plane and running into each others arms moment, I am amazed how well the film was transformed onto the stage. Woking theatre was the perfect venue and set up, the sets were amazing, and where they had chosen songs not in the film they were placed perfectly within the production. I loved how the cast were almost identical to their characters in the film, I just loved the whole show! Hands down the best musical I have been to.

If you love The Bodyguard you really must go and see this, I would go and see this again in a heartbeat. There are a couple of shows left in Woking, and a further 6 venues before being back in London on 15th July. To see all the venues and to book tickets visit The Bodyguard website here.