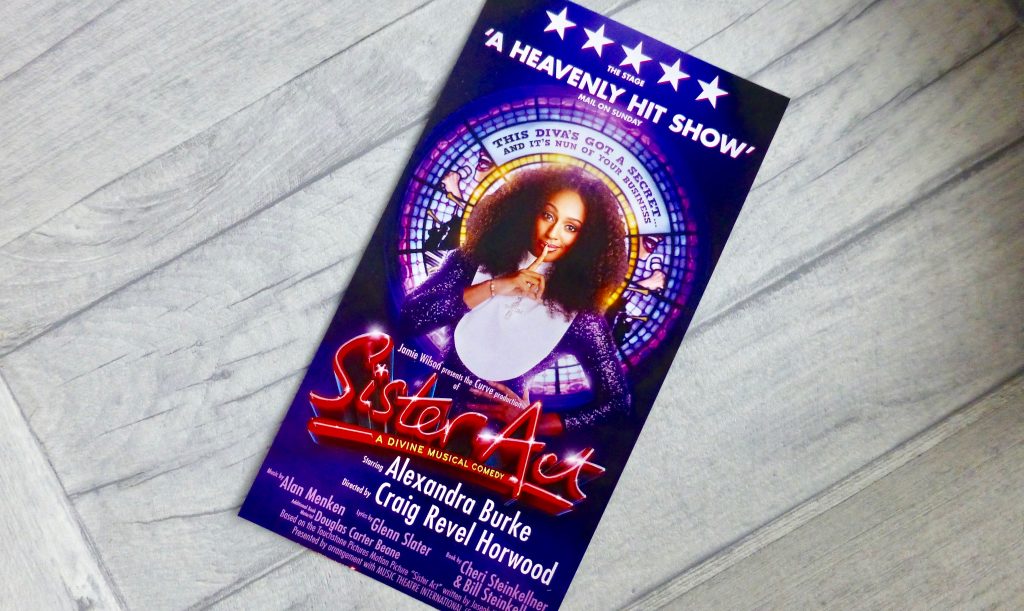 Yesterday evening I took to my seat and watched the new reboot of Sister Act the musical. Sister Act is one of my all time favourite movies ever, I have seen it so many times I cannot help but sit there warbling away and getting into the groove (sorry for anyone who has witnessed this!). Directed and choreographed by Craig Revel Horwood and staring Alexandra Burke, this current touring stage show is based on the hit movie.

A refresher for all, Sister Act centres around Deloris Van Cartier, a sassy disco diva who is forced to go into hiding in a convent as Sister Mary Clarence after witnessing her boyfriend commit murder. There she is under scrutiny from Mother Superior all the while bringing the ladies together, helping them find their voices and save the church.

I first saw Burke in The Bodyguard which I absolutely adored however it would appear she only has one mode of acting and singing, and all I could see was Rachel Marron throughout the whole performance. Burke was more of a diva than channelling the Whoopie/Doloris sass, and although her vocals were impeccable, it felt like she was focusing more on gaining laughs from the audience. 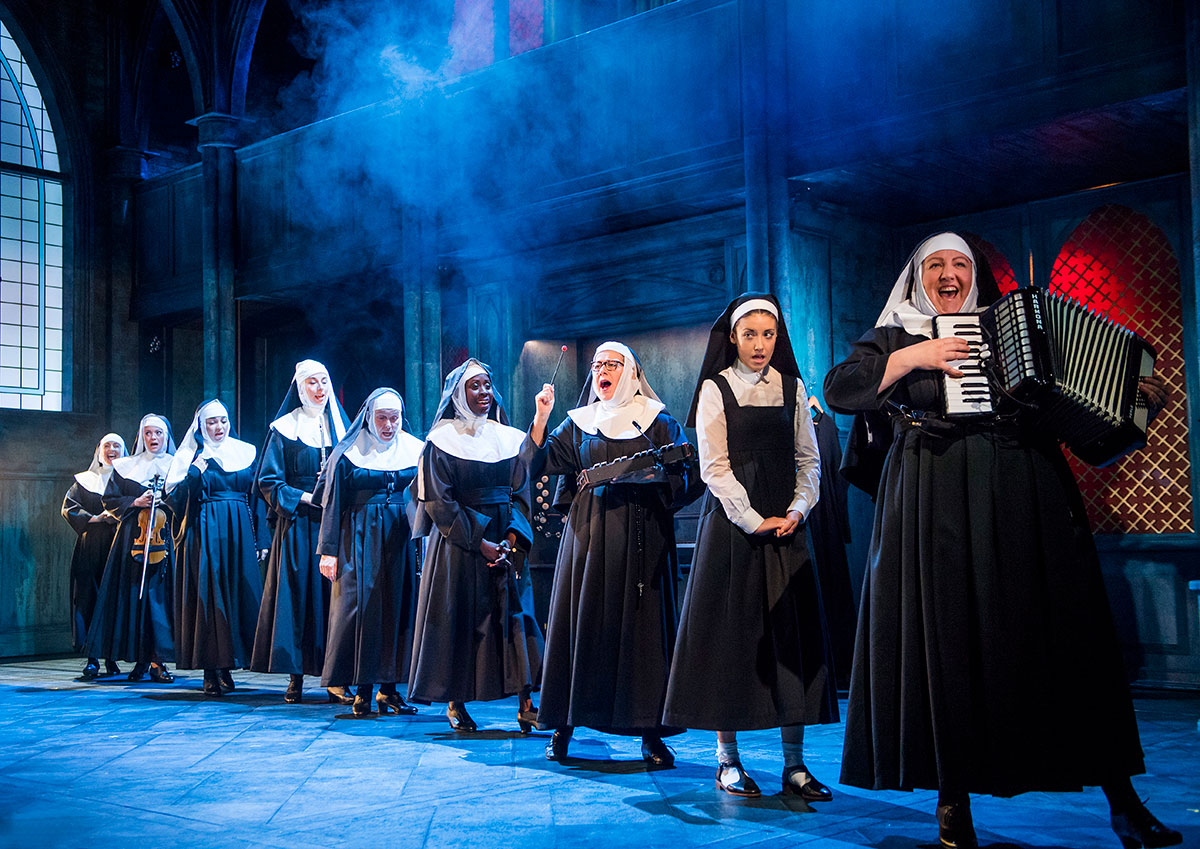 The lovestruck cop Eddie (Joe Vetch) was a joy to the stage. His solos were fantastic and his dance moves were disco-tastic, we were all rooting for him to break-free from ‘Sweaty Eddie’, and that he did. The Sisters, oh the Sisters. Their stage entrance was hilarious and their wittiness continued throughout and you could see their personalities match with those from the film, the only Sister who didn’t do it for me was Sister Mary Robert. Their group songs will have you bopping and shaking those shoulders and they develop into one pretty phenomenal group, it will give you goosebumps (in a good way).

The staged production took advantage of the whole space with the back drop of the sky high convent arches and organ playing the base to the seedy bar, jailhouse and nightclub. I applaud the new take on music with the cast taking control and being the ones who were playing it up on stage, showcasing how terrifically talented they all are. The drawback however was the cast were a little stunted in how much movement and dance moves they could do.

This musical is tenuously based on the film and the slow start to the production and periods throughout was certainly a testing time for all. I was all ready to sing my little heart out for I Will Follow Him and Oh Maria, but alas that never came, nor did any of the original songs feature. I envisage this was something to do with copyright. What did feature were some upbeat numbers coupled with some flat, less so songs, be prepared to listen to the same song FOUR times, and at times it felt like they were padding out scenes with songs to pass the time.

What should be said about the story itself is there isn’t that natural flow. If you are coming to watch solely to reminisce about the film well I am sorry to say you are going to be hugely disappointed and I wouldn’t bother going. By calling this Sister Act you are undoubtedly going to compare this to the movie, and on that basis this stage show is misleading, more of a slapstick comedy and not the greatest show I’ve seen. What it does bring to the table is laughs, disco, and a lot of sequins and sparkle, just sadly no Sister Act. Devine? No. Comedy? Yes.