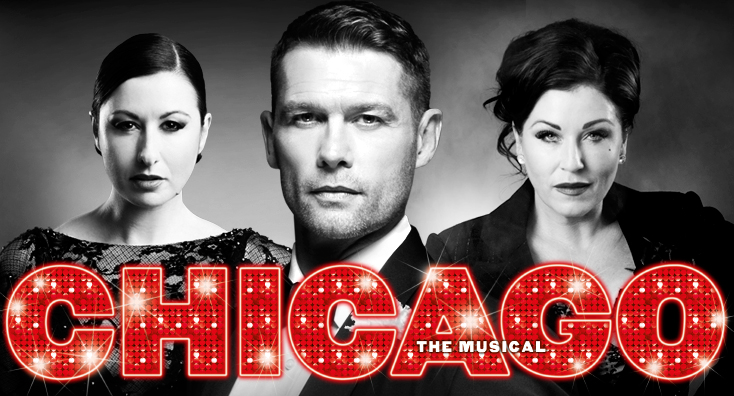 As far as musicals go Chicago is first and foremost my favourite. I have already seen it twice, once on tour and once in London both of which I loved, but it is the law that every time it comes to a theatre nearby me and my bestie go and see it.

This time around the leading lady was Hayley Tramaddon portraying the play away wife Roxie Hart, with John Partridge as the only lawyer who will get you off of a murder charge, and Jessie Wallace who was Mama Morton. I for one didn’t know any of these were broadway material.

The UK tour is very much underway and started way back in February and last week saw the tour hit Woking for one week only. I love Woking as a theatre, it’s not too far, it’s a lovely venue with reasonable prices and the seats are actually comfy, none of this wedged in business.

For those who have not seen nor know nothing about Chicago the premise is this… Based on real life events in the 1920’s nightclub singer Roxie Hart shoots her lover and is sent to jail. There she meets the ever so glamorous double murderer Velma Kelly, and they fight both against one another and together to steer clear of death row with the help of the one and only charming lawyer Billy Flynn. 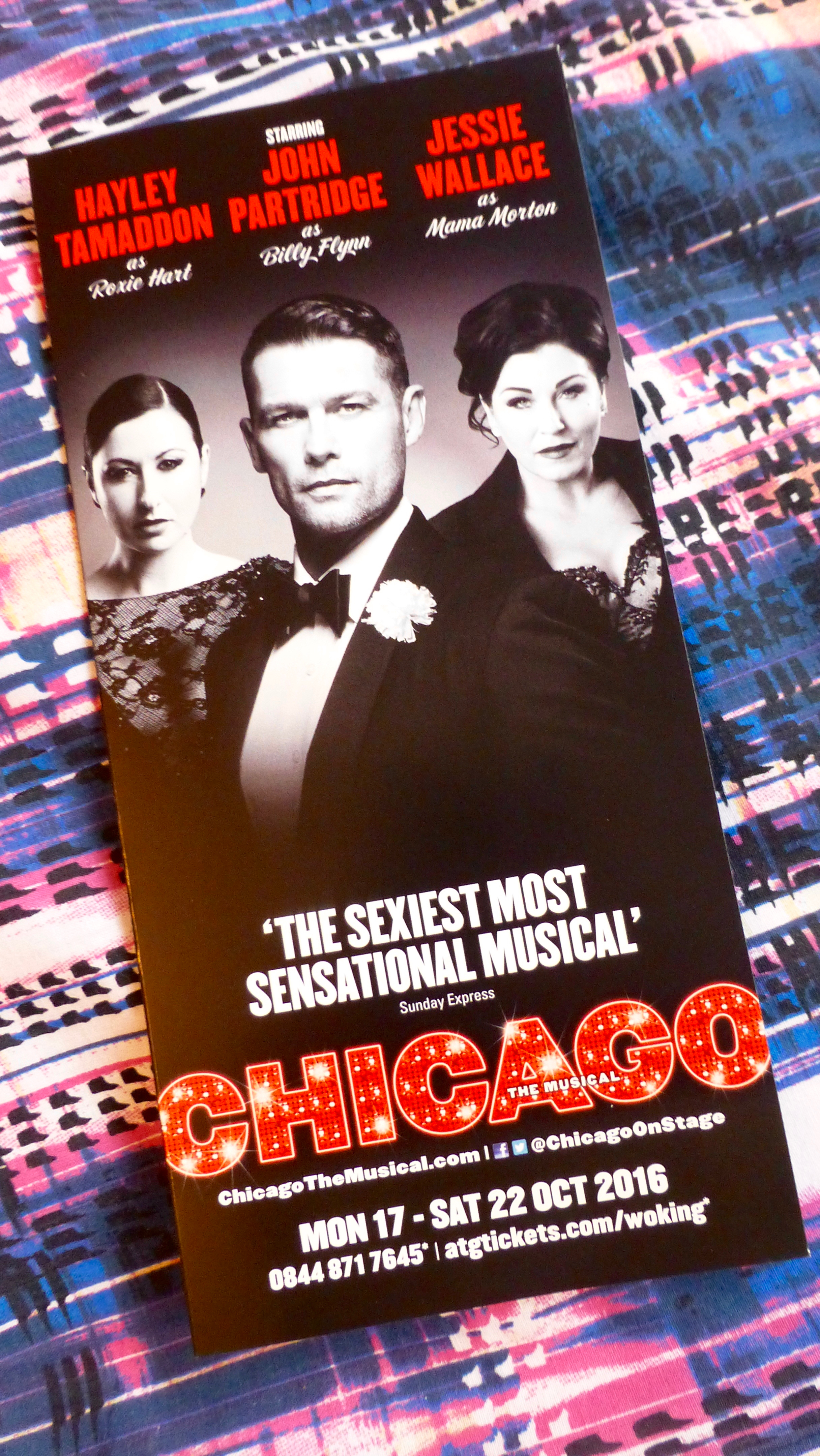 The set was a little odd. Slap bang in the middle of the stage was the orchestra on a tiered platform. Now as much as I loved seeing the Orchestra and they added a little element of comical value throughout, it didn’t leave much room for the actual performances. It too meant there were not any set changes and the only real props were a few stalls or a ladder ever now and again, which relied on a lot of imagination and lacked the really flapper jazz joint element.

The story was however exactly how it should have been, not everything was included obviously but nothing altered. The feisty Roxie Hart was played brilliantly by Hayley and her vocals were certainly surprising. The most surprising of all was Jessie Wallace, there wasn’t a Kat Slater in sight with her performance and she belted out a number that would impress anyone. We shouldn’t forget Velma who was played by Sophie Carmen-Jones and was by far the standout of them all. Confident, sassy but with a level of vulnerability that makes you warm to her, her and Hayley were certainly a grand pairing.

The big hits were all in there. All that Jazz, Roxie, Mr Cellophane, Cell Block Tango and We both Reached for the Gun to name a few. The performance from John was a little less desired though. I don’t doubt his ability but he spent the whole show touching his stomach as if he has some sort of tummy ache, coupled with the dodgiest accent I have ever heard which didn’t aid his singing, making most of the songs hard to hear and understand.

The show certainly had sex appeal but it missed the mark for razzle dazzle. The show stopping numbers particularly Cell Block Tango in comparison to other performances just didn’t hit the spot, the performing effort was there but I blame this entirely on the lack of set and this certainly hampered the overall show’s pizazz, leaving me felling a little half empty with it all. It was by all means a fab night out however expectations were not met.

Have a fab Friday everyone!