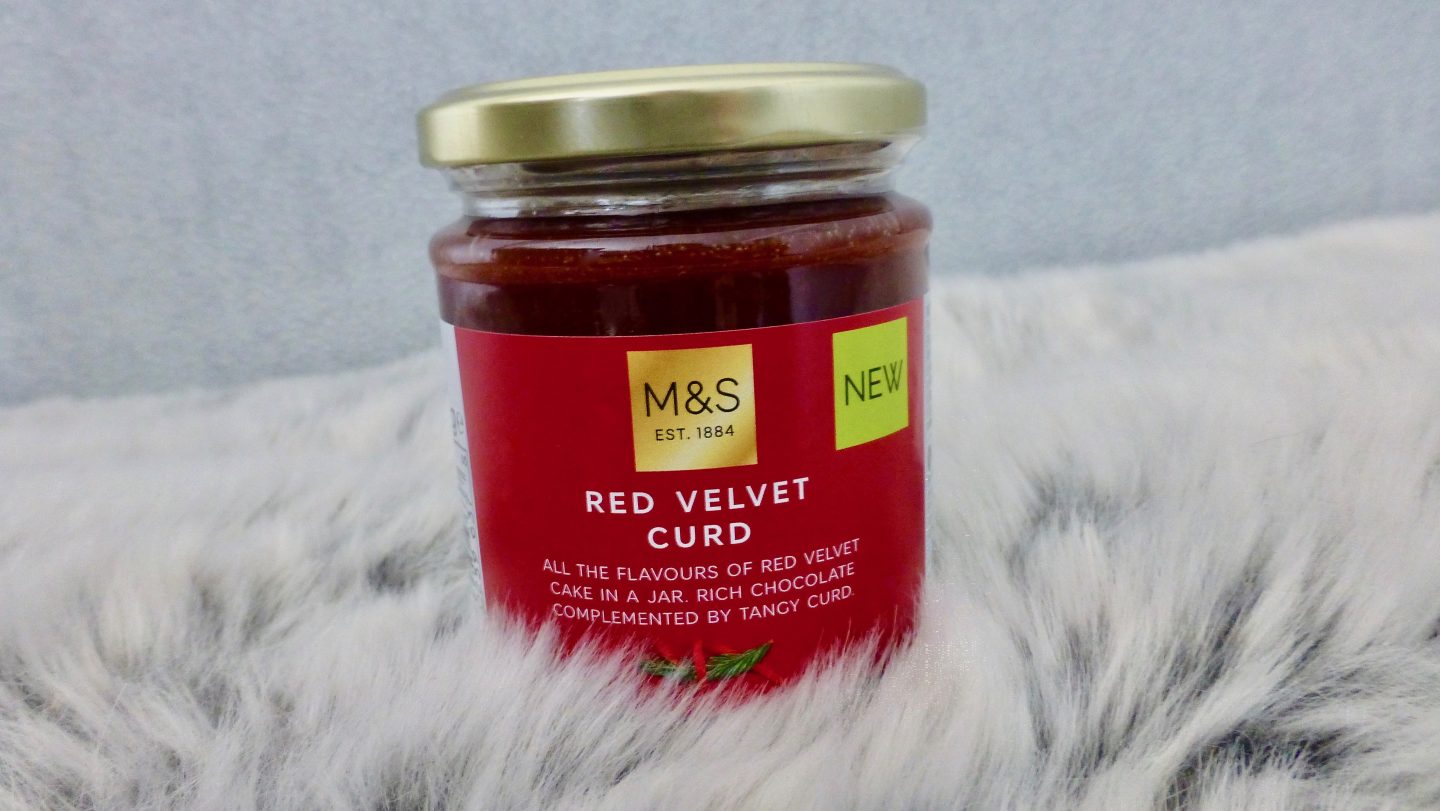 I know that some of you do not get the hype of red velvet however I am firmly a red velvet cheerleader. When I saw the release of the M&S Red Velvet Curd I knew without a shadow of a doubt my hands needed to get a hold of that jar.

Released as part of their Christmas range, I wasn’t at all sure on what this was going to taste like. Was it meant to be like red velvet whipped up in a jar, would it just be the colour of red velvet but taste nothing like it, would it just be another hype or would it be the best thing in the world? What the jar suggests is the former – “All the flavours of red velvet cake in a jar, rich chocolate complemented by tangy curd” 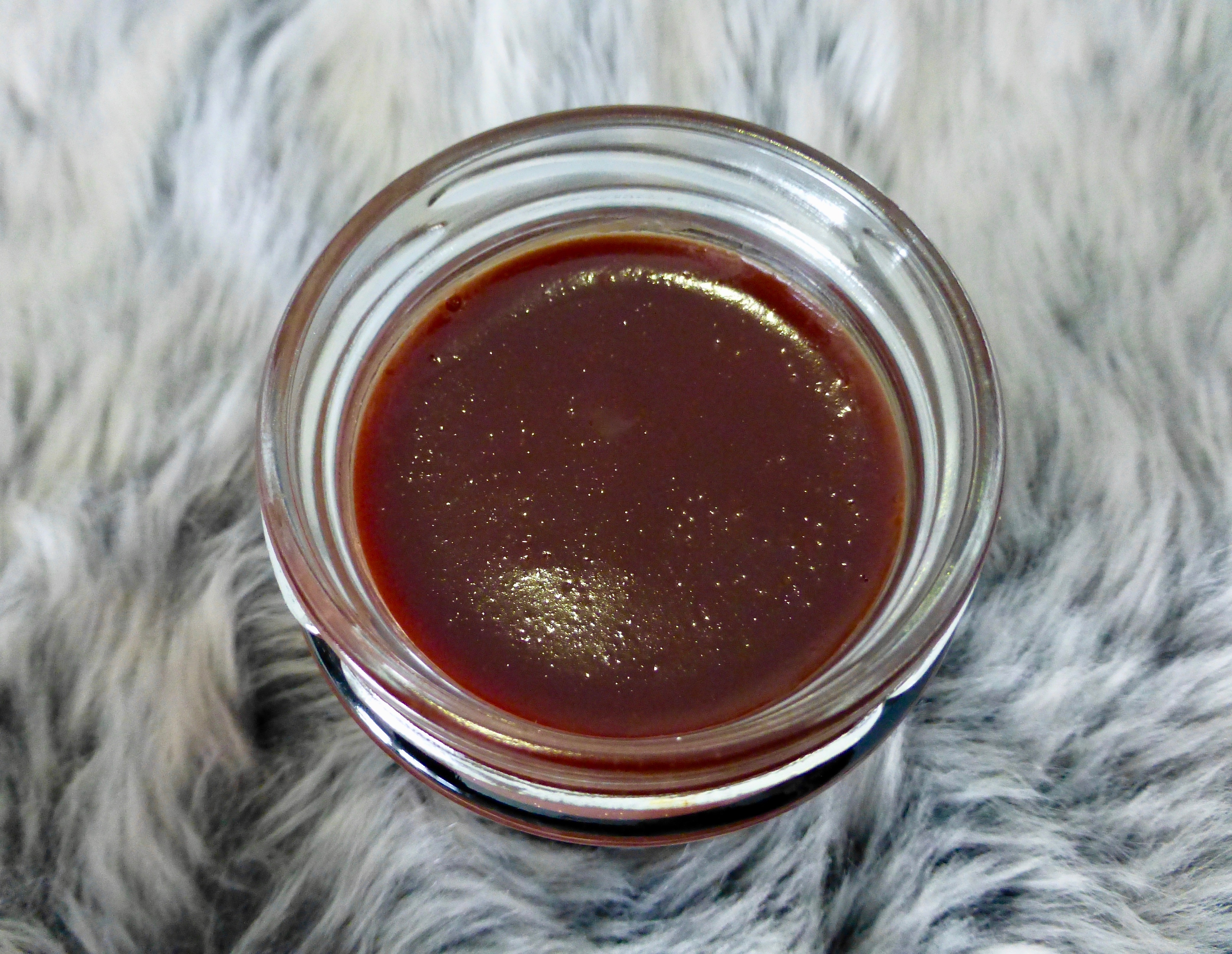 Exceptionally priced at £2.50 I was very surprised that it wasn’t more than this. What to have with this curd didn’t even cross my mind until it actually came to the taste test. In cake you are wondering too some suggestions have been ice cream, croissant, brioche, and dolloped on or in what ever you are baking.

To taste it as true as it can get, I sure as hell got a spoon and just dug right on in there. The texture was like a curd, it held its own but wasn’t too stiff, and was most importantly silky smooth. The smell was interesting and it certainly had a slightly rich chocolatey aroma to it. The colour wasn’t too shabby either, in some lights it was a little on the browner side of things, but in another light the red was more vibrant and exactly how red velvet should look. 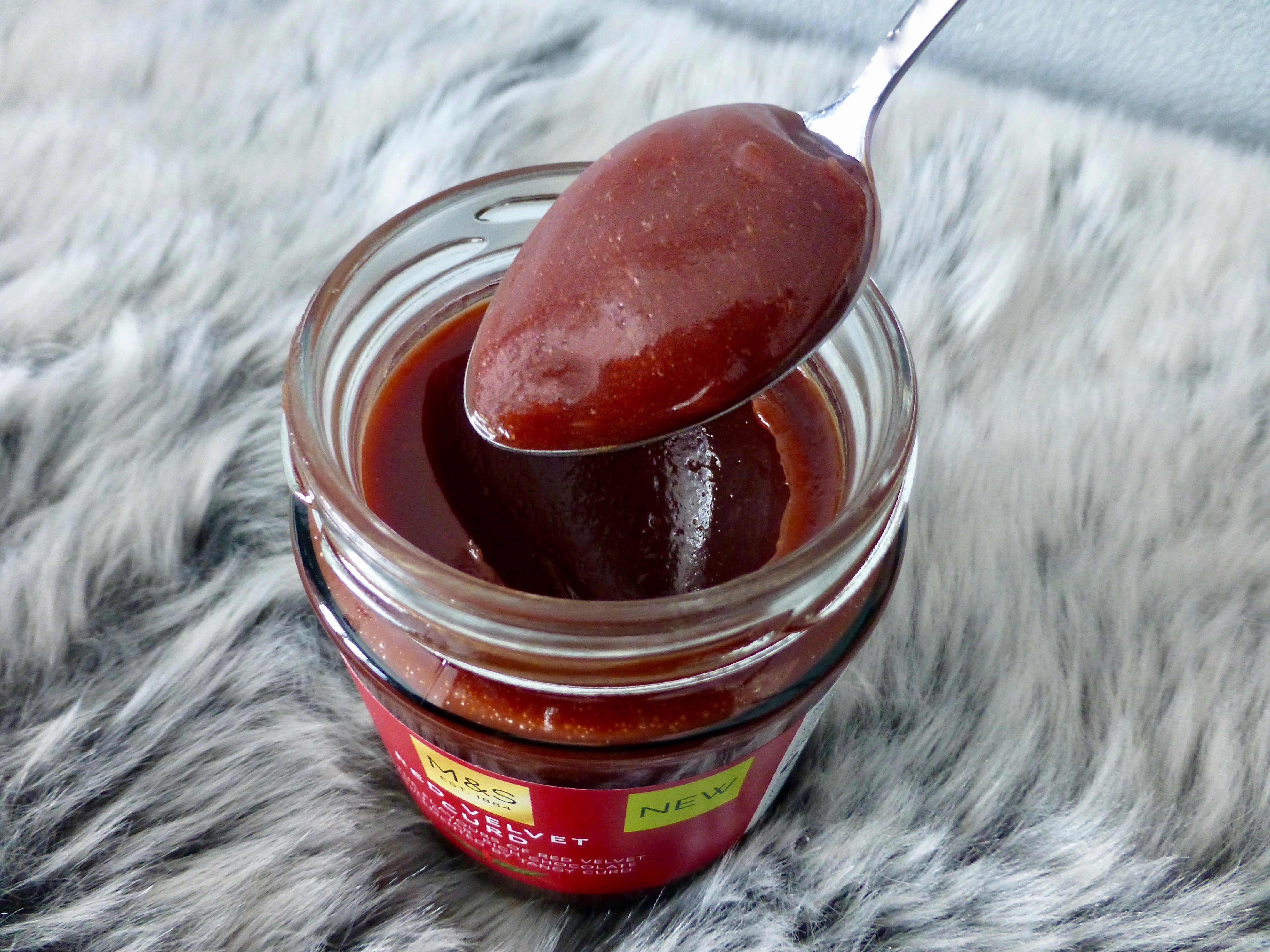 The initial taste was that of chocolate which was prematurely taken over by a tangy fruity berry flavour. Despite there not even being a hint of a piece of fruit smooshed on in there, it still tasted of tangy berries. Odd. Although sugar being the number one ingredient the actual sweetness wasn’t too overpowering. Taking it at face value it is an alright curd. I have since taken it to sweet and savoury realms and  personally I prefer it paired with sweeter foods, particularly ice cream.

However on a red velvet curd scale it misses the mark. It has the chocolate element and a tanginess to it but for me it falls way behind on delivering the red velvet flavour, and this largely comes down to the tangy berries which are too overwhelming.

Sadly the M&S Red Velvet Curd has succumbed to the same fate as has many red velvet flavoured products before it. The idea of a curd is great but the flavour needs work.

Have you tried this yet? What are your thoughts on the new M&S Red Velvet Curd?