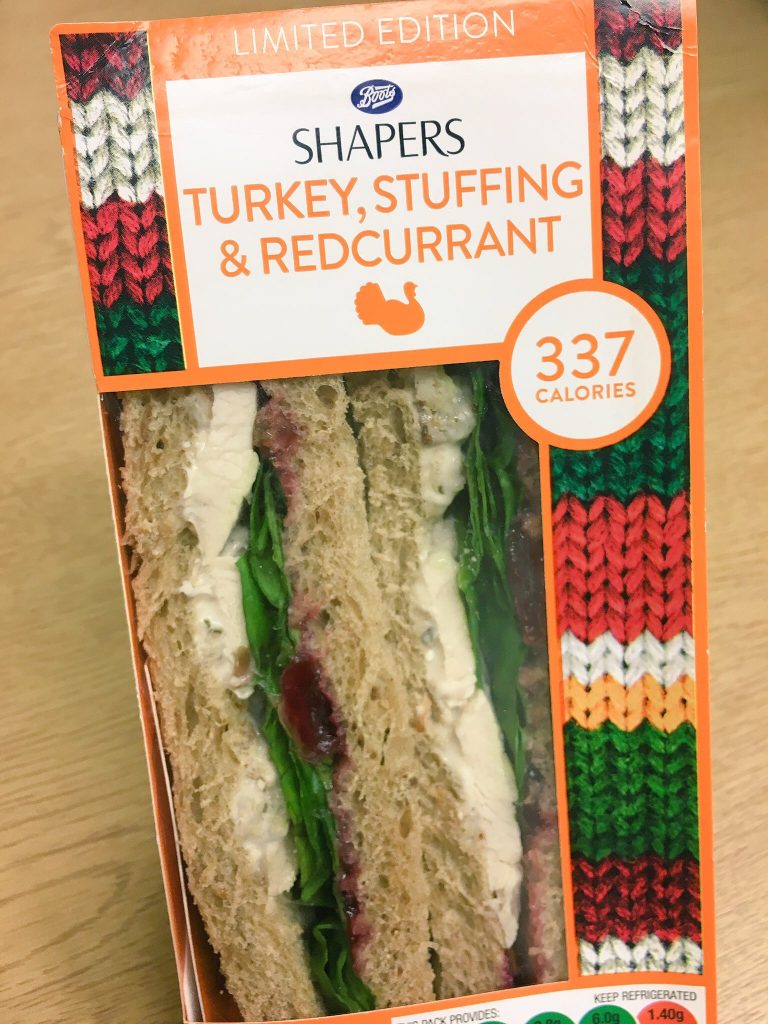 The battle of the festive sandwiches has begun. Yes it is a battle I take very seriously and there can only be one winner. Christmas is one of my favourite times of year and the festive sandwich is the only festive food I allow myself to eat as soon as they come out. It is actually a running joke at work with how many I eat!

This year it is only fair that we start with the first festive sarnie that I had – Boots Shapers Turkey,  Stuffing & Redcurrant Sauce. This is pretty much the standard turkey sandwich that will grace our shelves this christmassy period and one the Boots in particular whacks out every year, so lets hop to it. 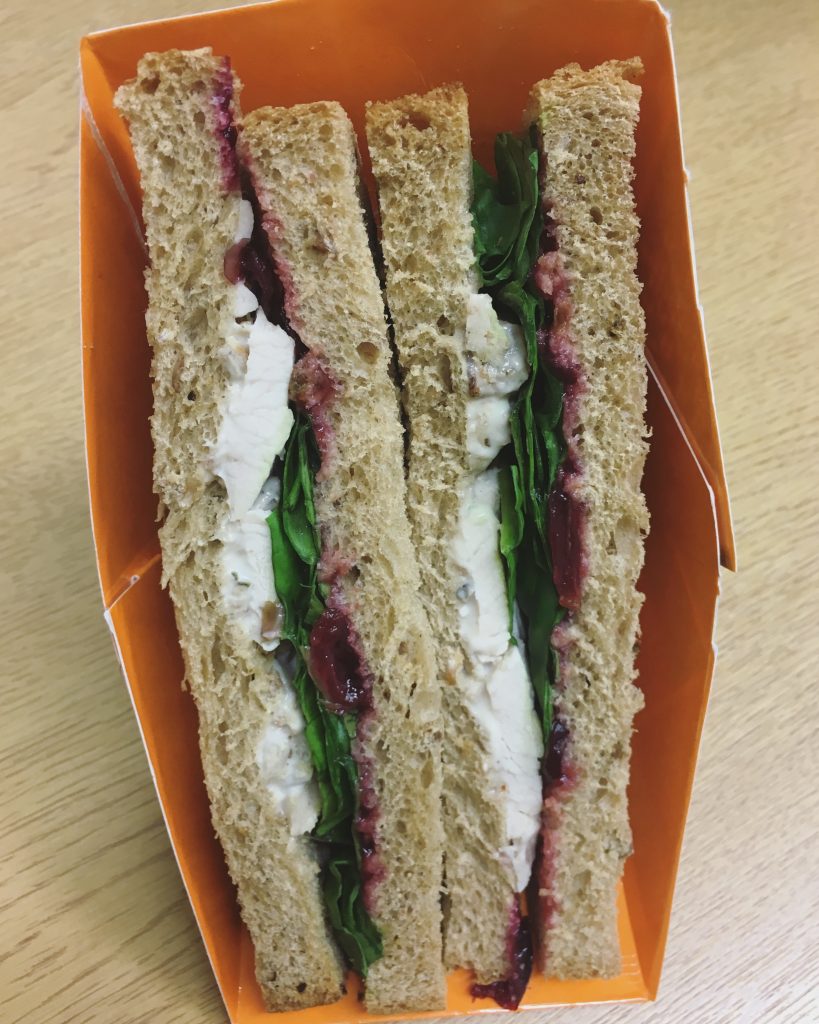 I picked this up in Boots of course, and was part of their meal deal. I wasn’t overly enthused by last years efforts so I am praying they have upped their game. Being part of their Shapers range it is almost as if they are trying to penalise those watching their intake.

In my eyes the festive sarnie should only come on malted bread. Why? It has a little nuttiness to it, has some well needed texture and is overall far scrummier than the humble white slice. Boots have certainly nailed their malted loaf here, fresh tasting, no dryness around the crusts and very tasty. 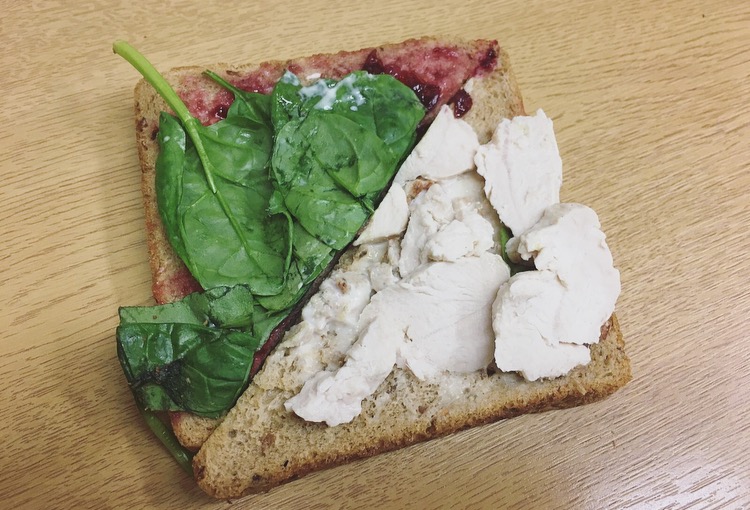 I wish I had taken a picture of the filling of both triangles because one had a decent amount as you can see, but the other had two tiny scraps of turkey, no stuffing and a smattering of sauce. The redcurrant sauce was on the air of tartness yet wasn’t as heavy going as expected which allowed the turkey to shine on through. The stuffing choice was good, it wasn’t too wet that it became claggy and not at all salty as some can be. The spinach does however need to be eradicated, there is no place for it here as it just gave an earthy unwashed taste to the sandwich that no-one wants.

I am not impressed on the consistency, and having had this sarnie a number of times since, the amount of filling has been dwindling every time. The inconsistency aside the sarnie was actually very nice and hits the nail on the head for festivities. It was of course lacking in filling and would aid from a smattering of mayonnaise to give a better balance, but other than that a decent effort from Boots.