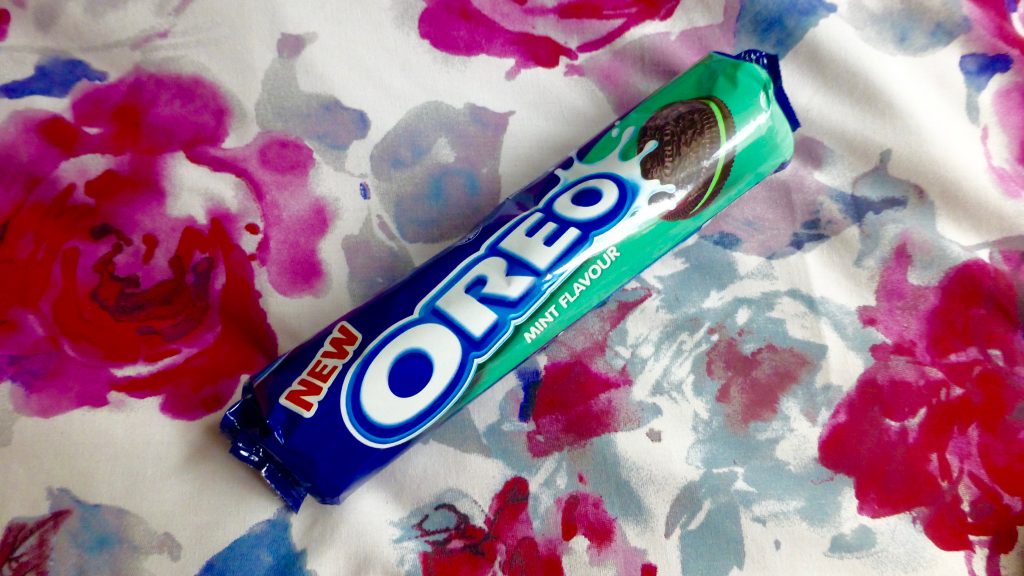 Huzzah it’s finally here, the Oreo Mint has landed. For something that was meant to be released in August they sure as hell left it to the last minute. In actual fact once again I have to thank my super totes amaze cupcake Snack Warrior (FYI go read her review) for sending me these as our supermarkets down south are clearly behind the times and utter naff.

So we had the Oreo Strawberry Cheesecake which I absolutely loved, and have continued to have an obsession with, albeit cheesecake they are not. Nonetheless it is the turn of the second Limited Edition Oreo and this is on a less fruity note with Mint.

I’m partial to minty things so I am too super excited by these newbies. If you are eagle eyed Oreo fans you will know that across the pond they have been doing Oreo Mint Creme for ages, which you can get here for a staggering 6 quid a pop. These new UK Oreo Mint numbers currently come in at £1.20 for a 150g packet, which is hefty enough especially when every other Oreo seems to be on offer for 50p. Interestingly the RRP on these are £1.08 according to the internet so clearly Sainsbury’s are being sneaky! 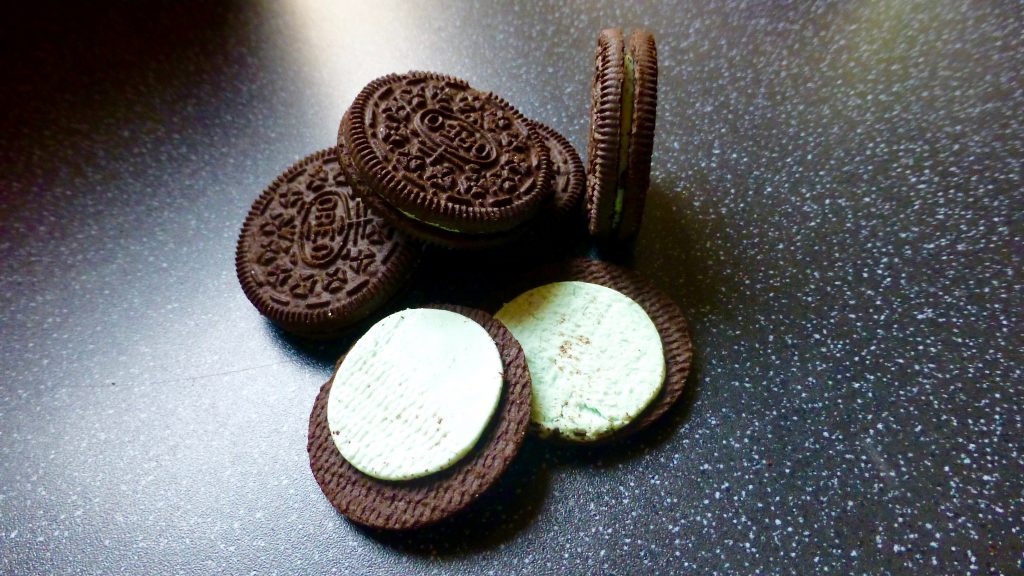 Cracking these open I will admit I gave them a little sniff and they smelt delightful minty. Again the creme filling thickness is not exactly forthcoming, you can barely see the bright green from the side and I am adamant that American ones are far thicker. Biting in I was met with the dark rich cocoa from the cookie followed by a very light refreshing mint flavour. The mint flavour is surprisingly natural, not a toothpaste taste in sight! These weren’t as intense in flavour as I have thought that they would be and are not as powerful in flavour in comparison to the Strawberry Cheesecake version. To be fair I’d have liked a bit more minty flavour but they are delicious nonetheless and the flavours worked together perfectly.

I have to say I am mighty impressed. Not only do we have one delicious new Oreo flavour we now have two! For those who relished in the Viscount biscuit days or love mint choc chip ice cream you are going to love these. So go forth, scout them out and gobble them up! Both limited edition Oreos will be available in all major supermarkets as well as Ocado, like I say the Oreo Mint seems to be taking a while to filter down the country but the Strawberry Cheesecake is now readily available.

END_OF_DOCUMENT_TOKEN_TO_BE_REPLACED

Christmas is Coming with …