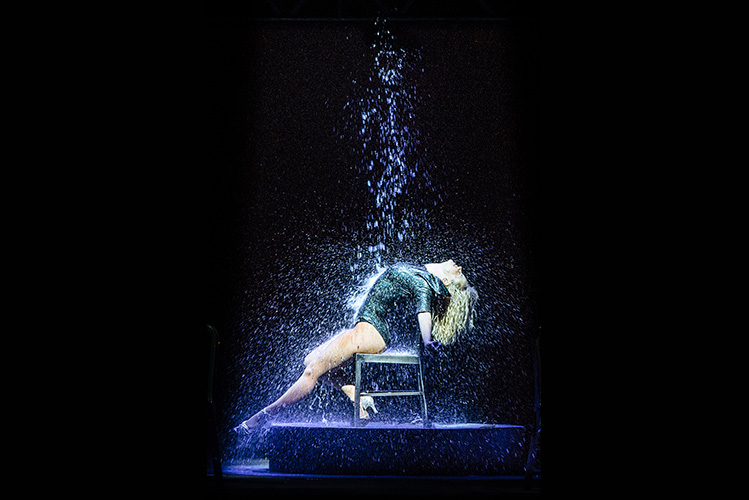 Flashdance was one of the first theatre shows I ever saw and I remember absolutely LOVING it. It is always risky going to see another touring version because of the fear that it just won’t meet your hopes and expectations, however I simply could not pass the opportunity especially as my bestie had never seen it.

Last night’s show was the opening night at the New Victoria Theatre in Woking. This is one of my favourite venues to go to and they always have a good variety of shows every year.

If you haven’t seen the film here is the lowdown. A welder by day and ‘flashdancer’ by night, Alex dreams of going to the prestigious Shipley Dance Academy and becoming a professional dancer. All is not simple when a romance with the eye catching Nick Hurley complicates her ambitions, however she harnesses it to drive her dream – a bit of having your cake and eating it too situation. 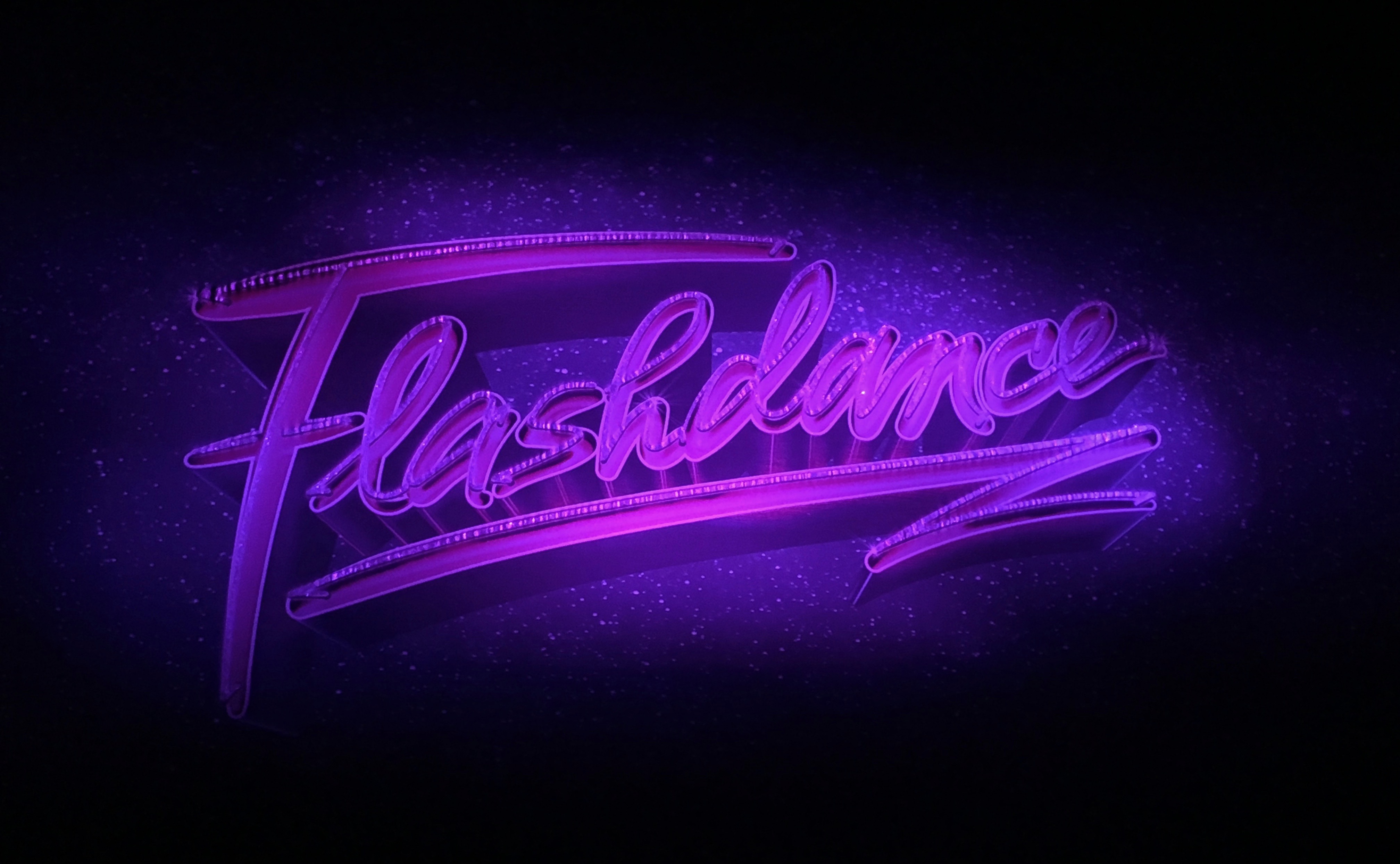 Strictly star Joanne Clifton and A1 singer Ben Adams are the two stars of the show whose chemistry develops throughout. First and foremost I had no idea Clifton had such talent, seriously she is not just strictly a dancer, she can act, and she can belt out a corker of a song which was showcased in ‘It’s All in Reach, ‘Try’ and ‘Here and Now’, the duet with Adams. Clifton is a true triple threat!

As expected with an adaptation the interpretation on stage will be different. For a musical this had the most speaking parts I have ever seen in a production which at times detracted from the length of the dance routines. Alongside the main storyline we are let into the lives of the other characters, a little too much for my liking and a tad unnecessary.

With the complexity of set changes they did well however you could tell that it was the opening night as there were a few hiccups along the way. It was impressive how with quite a cramped looking set they managed to create 6 different sets that were forever revolving from one to another. 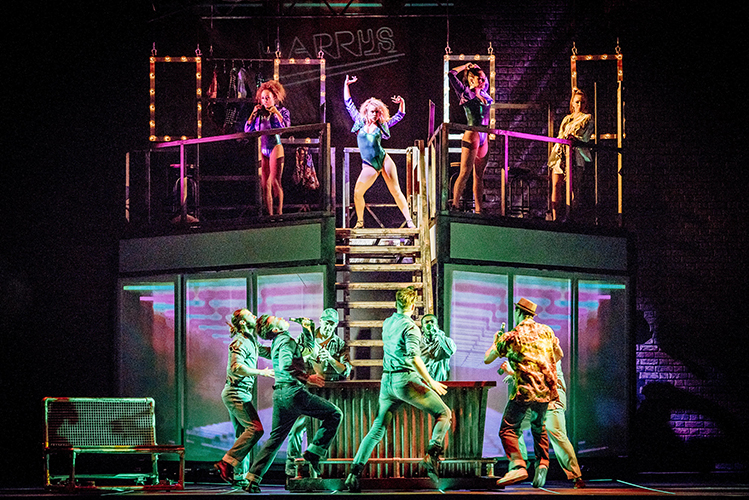 The iconic routines were slotted in, including Clifton dumping water on her every performance which was strategically placed just prior to the interval, albeit a very rushed sequence. Like a little pocket rocket her energy showed no sign of letting up and was captivating to the very end with a high octane performance of ‘What a Feeling’. Her energy was backed up by that of the Company which made the stage come alive. Clifton and Adams were certainly supported by a talented cast who produced some great performances particularly Demmileigh Foster’s (Tess) version of ‘I Love Rock N Roll” and Hollie-Ann Lowe’s (Gloria) multiple numbers.

It is not without needing some tweaks and although I loved it, it didn’t meet the full pizzaz it could have. With a standing ovation and everyone on their feet for the final encore, the two ladies right at the front were certainly dancing for their lives. This new rendition of Flashdance The Musical certainly gave us dancing, singing, electric energy and made me want to don my leg warmers, crimp my hair and get dancing.

Flashdance the Musical is on at The New Victoria Theatre until the 24th Feb 2018, and is touring across the UK. For upcoming dates and tickets visit their website here.

END_OF_DOCUMENT_TOKEN_TO_BE_REPLACED

Christmas is Coming with …

Hopping into Easter with …