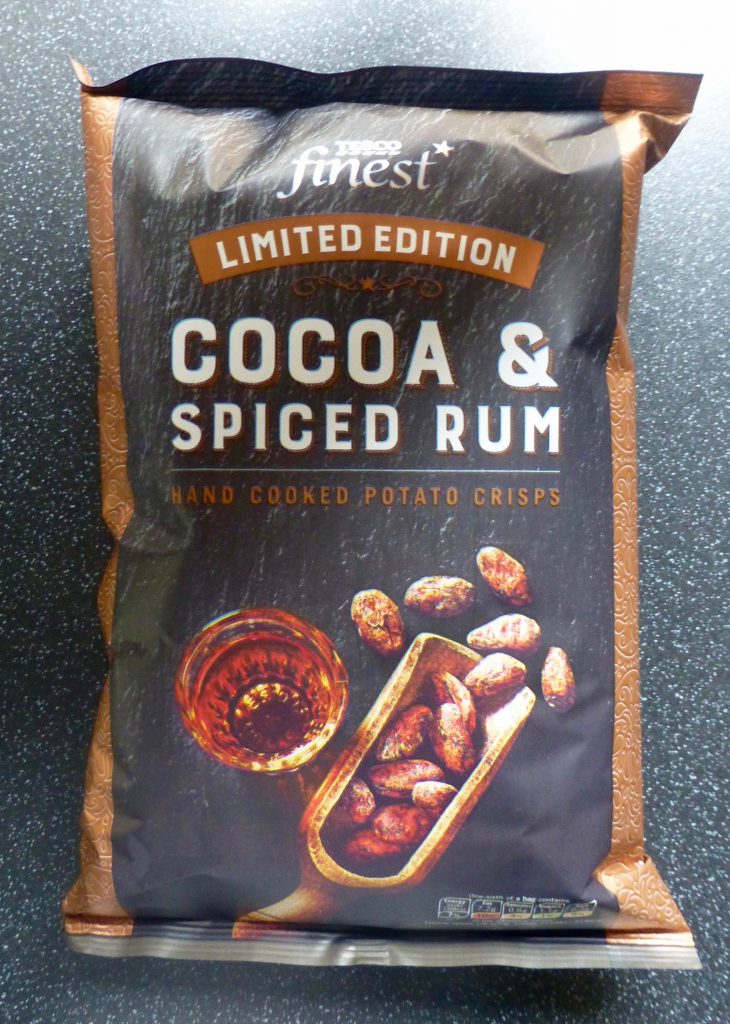 When wanting a new crisp flavour it can take a good while to decide what you want given there are so many varieties on offer. Now I picked a very sensible flavour, to be disclosed nearer the time, however I was a bit like errrrr why are you buying these when the fathership put Tesco Finest Cocoa & Spiced Rum Crisps in the trolley. Bizarre doesnt quite cover it.

These new crisps are part of Tesco Finest Limited Edition range, I am not sure what provoked such quirky crisp flavouring, I suppose it could air on the festive side with the spiced rum but that is quite the stretch. Perhaps they fancied a snazzy out there flavour.

A 150g bag cost £1.00 and ‘serves’ 6, I say ‘serves’ loosely because lets face it that really is a lie. The crisps were a mixed bag some were pretty ginormous, some of the biggest I’ve seen, and others were itty bitty. The chocolate coating was plain to see and didn’t make for that much of an appetising looking crisp. 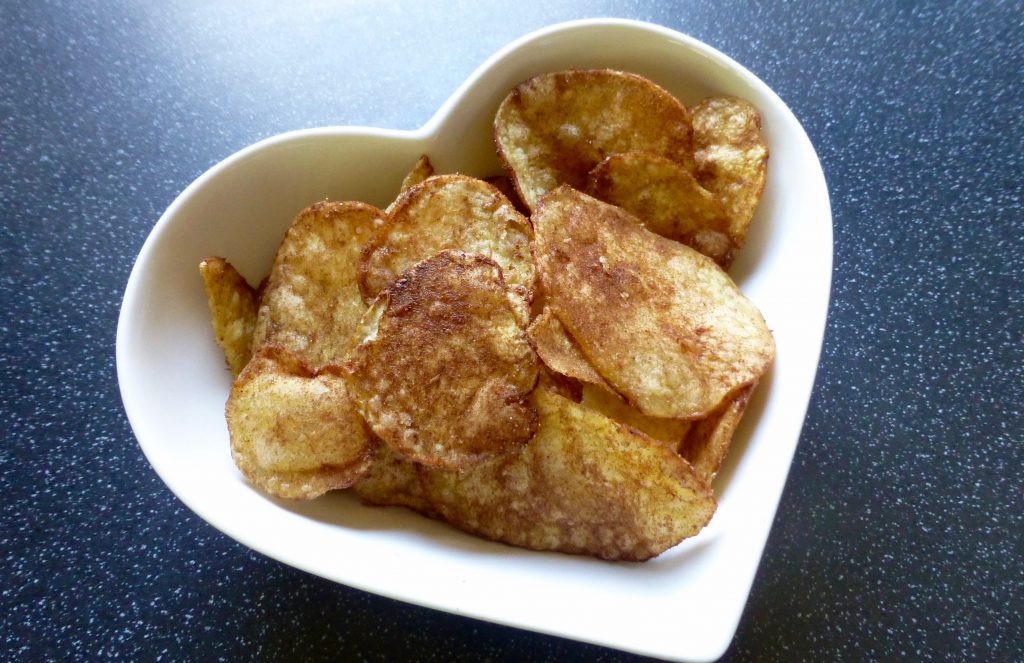 I know some of you have thought urgh chocolate crisps hell no, but actually these aren’t half bad. The chocolate is the first and foremost flavour, it was a sweet cocoa which was balanced by the slight saltness from the crunchy potato crisp. I don’t really like spiced rum as a drink and thankfully it was nowhere to be seen here. Even at the bottom where that golden flavour lurks I couldn’t detect any boozy flavouring. I can imagine those who do wish for the spiced rum flavour are going to be disappointed.

Tesco Finest Cocoa & Spiced Rum Crisps you are rather weird yet oddly nice. As much as I didn’t want to like them I couldn’t help by secretly smile and go back for more, so much so I was even seeking out the more chocolatey ones. If you are looking at it as a whole, it doesn’t hit the spiced rum mark but that doesn’t bother me personally. Don’t dismiss the chocolatey crisps I seriously recommend giving these a go.