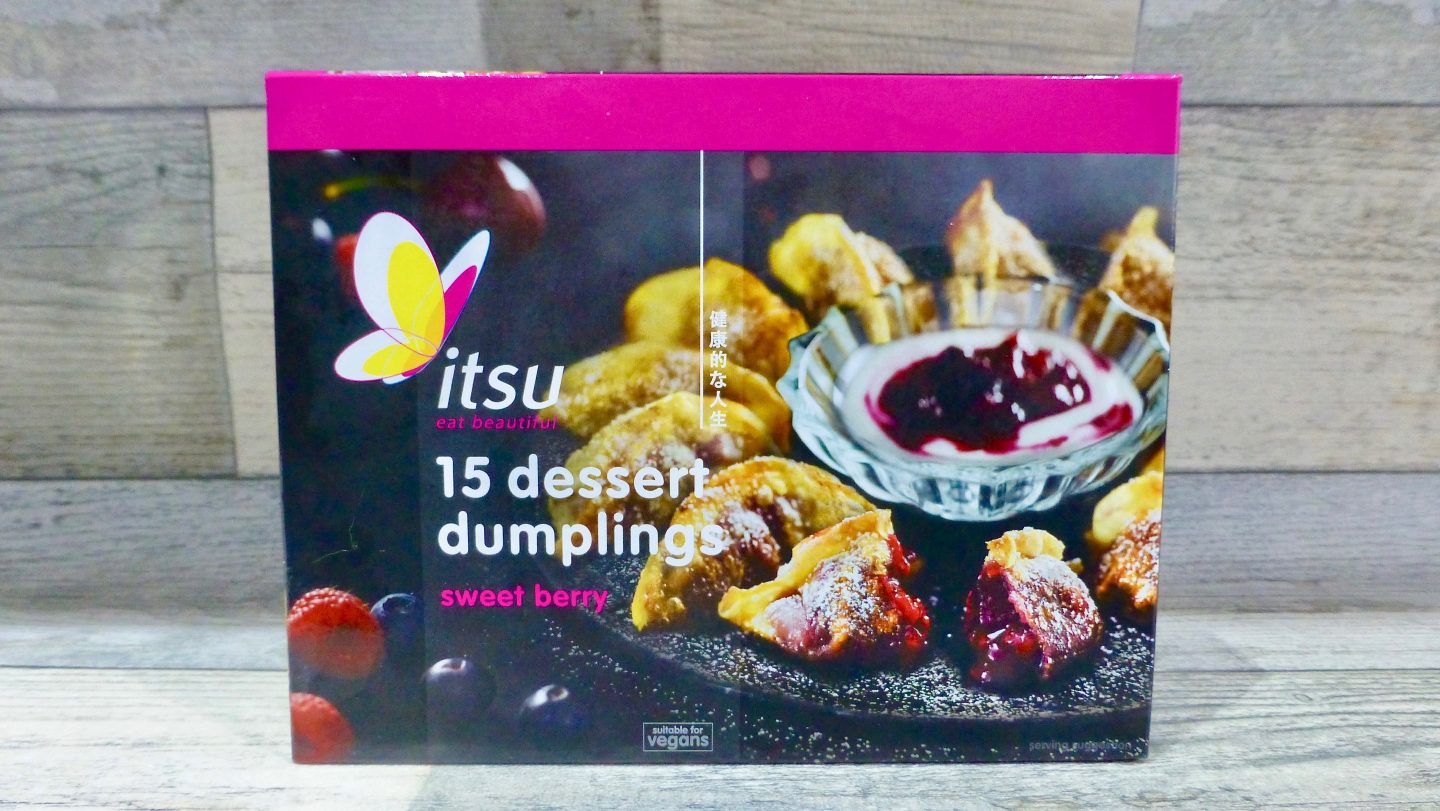 It’s dumpling time again! Moving on from the chocolatey clutches of the Itsu Chocolate and Banana Dessert Dumplings, today it is the turn of the fruity tooty Itsu Sweet Berry Dessert Dumplings.

In case you missed it, each box of 15 dumplings costs £3.50 and can be found in the frozen aisles of Waitrose, Tesco and online at Ocado. If you are worried about cooking them you needn’t be. These can either be oven cooked, shallow fried or steamed from frozen in under 6 minutes. They also come in three flavours, Chocolate & Banana, Caramelised Apple and Sweet Berry. 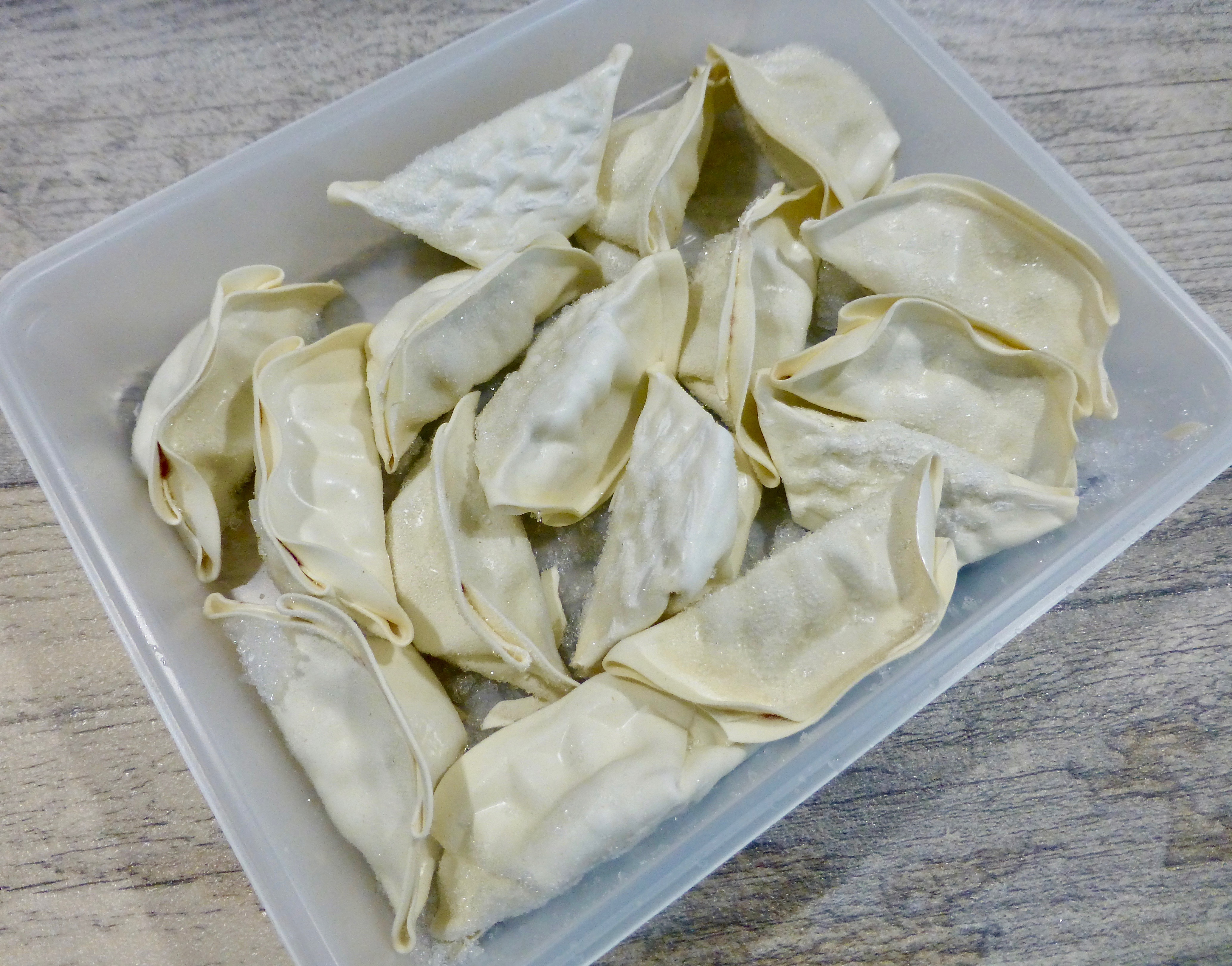 Given the last dumplings I used both oven and frying methods, I chose these once again to see if the outcome was any different. Sadly the results were the same. They were also pretty anaemic at five minutes so took a little longer, and even then they remained quite pale. 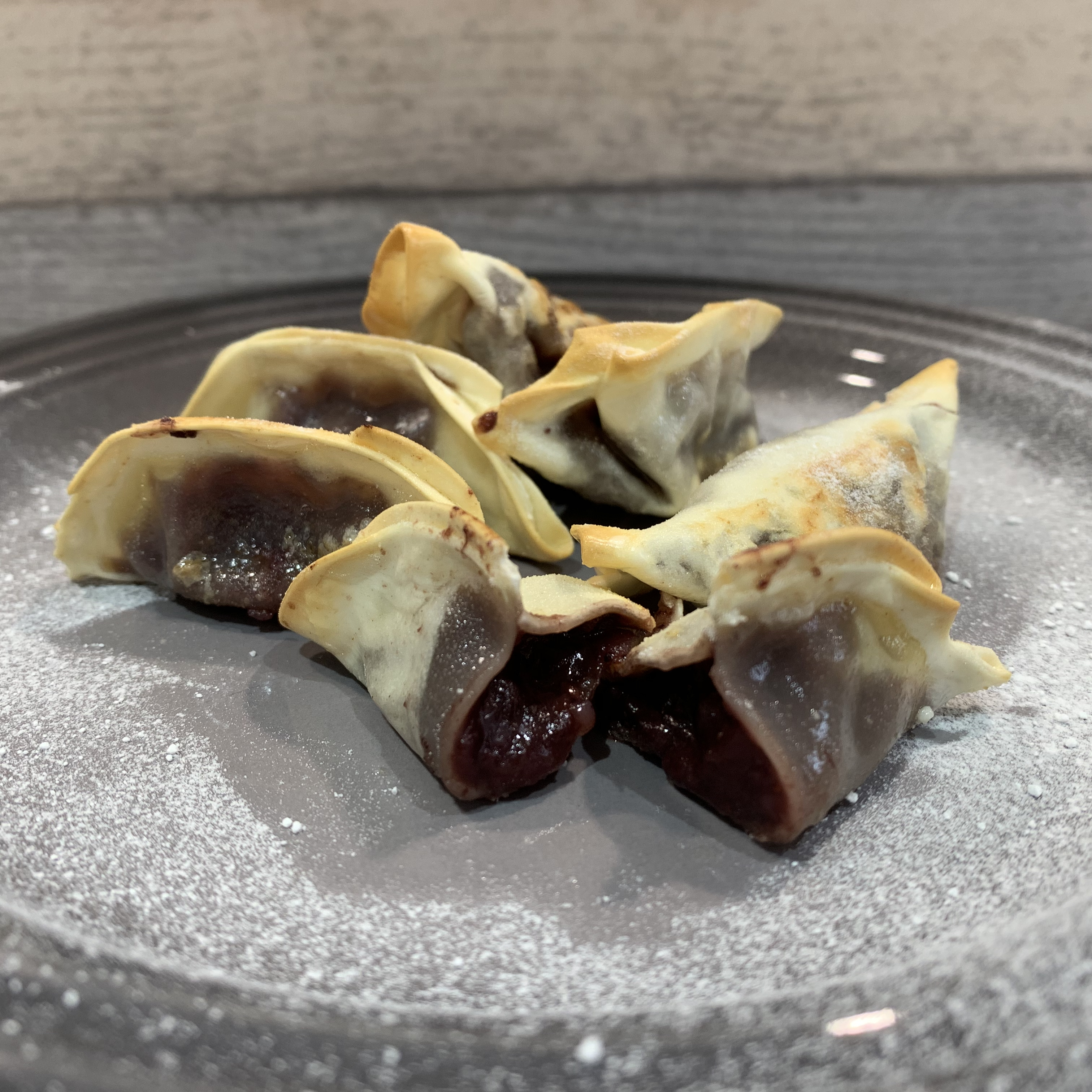 Making these look pretty was a little hard. For these it was decided just a sprinkling of icing sugar would do but to be fair I think it needed more. The filling wasn’t at all as vibrant or as inviting as the box, to be fair are many things these days? Although packed with fruit, the filling was lack lustre and therefore didn’t have that zingy tart flavour one would expect from a berry. The dough was similar to before but far chewier and didn’t seem that cooked. In comparison these weren’t a patch on the Chocolate and Banana Dumplings which was a shame.

It’s a two fold here with both the flavour and the cooked dough letting these Itsu Sweet Berry Dessert Dumplings down. If there was a choice then the Chocolate and Banana would be the ones that I would reach for, but really some improvements are needed across the board.

Have you tried the Itsu Dessert Dumpling range? What are your thoughts?

*These itsu Sweet Berry Dessert Dumplings were gifted in exchange for a review. All opinions are my own

END_OF_DOCUMENT_TOKEN_TO_BE_REPLACED

Hopping into Easter with …

The Hunt for the …